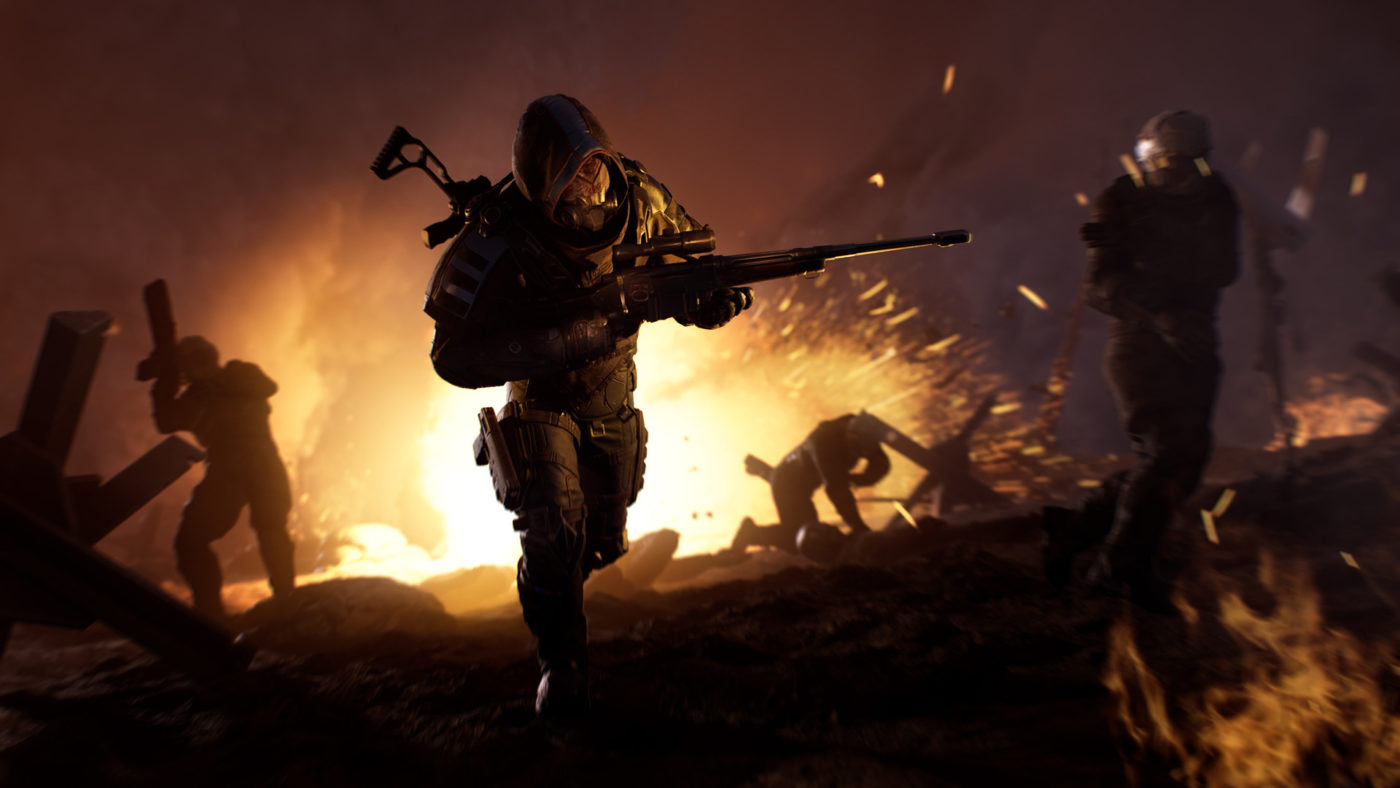 Multiplayer fans, a new player is entering the ring! People Can Fly’s Outriders is set to hit store shelves this April, but the Outriders demo will be available next week! For those looking to try before they buy, the Outriders demo release times have been revealed, along with a slew of other info.

The Outriders demo is set to launch this Feb. 25, and will be available on PS4, PS5, Xbox Series X|S, Xbox One, PC, GeForce Now. Here’s the exact times for when it’ll be out: 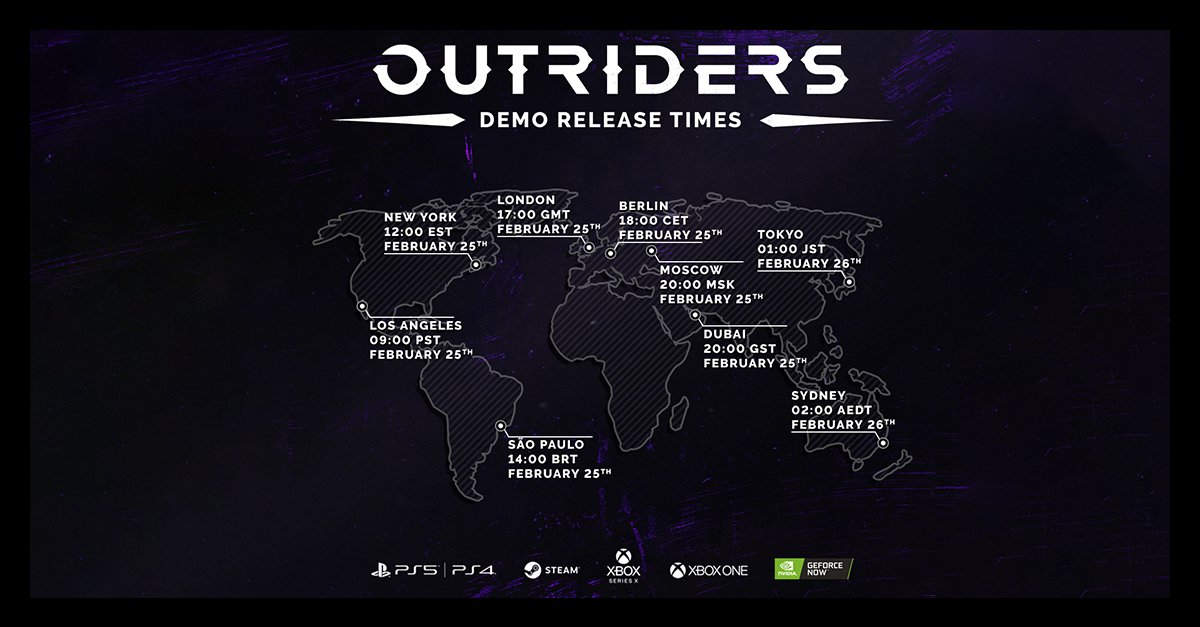 People Can Fly posted an FAQ, and also held an impromptu Q&A session on Twitter for the demo where a ton of info was shared and confirmed! For starters, there won’t be a pre-load feature available, and that progress from the demo (they made it clear it’s a demo and not a beta) will carry over to the final game (provided you buy it, of course). Check out the info-filled FAQ below.

Answering user questions on Reddit, Square Enix Community Manager thearcan confirmed that a Square Enix (SE) account is required in order to try the demo, and that it will even give you a free emote for logging in.

As for cross-progression, there are “no plans” at this time. This was confirmed by the studio in answering a fan question:

No plans at this time. Cross-platform progression requires cross-commerce which is usually not supported.

It seems that most of the questions aimed at the demo also applies to the final game, which makes this FAQ a treasure trove of info.

Outriders is riding out on April 1 for the PS4, PS5, Xbox One, Xbox Series X|S, and PC.