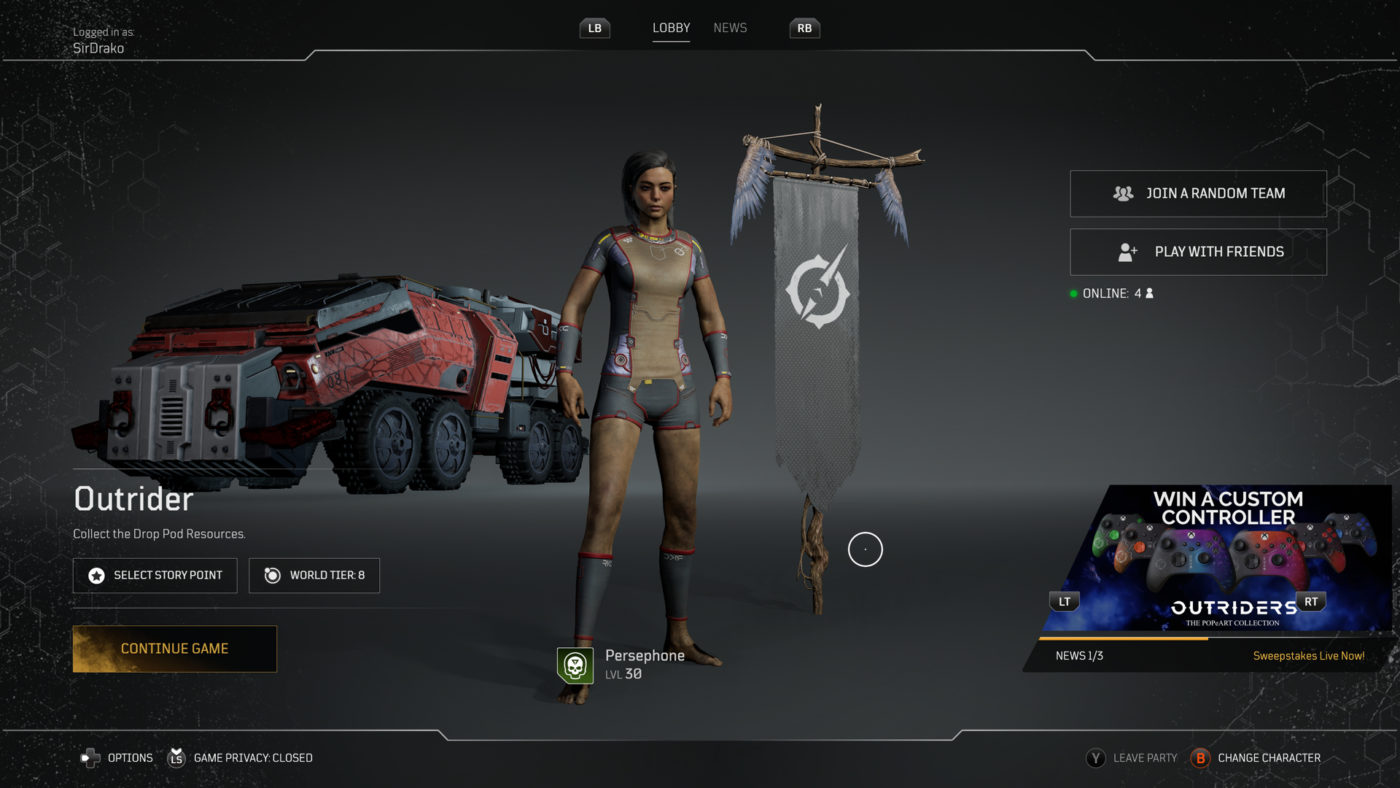 While People Can Fly have addressed that they are looking into the Outriders inventory wipe bug, it seems that the latest update has severely up the possibility of the bug happening as a mass amount of users are reporting that their gear is all gone.

While the bug previously existed (mostly on PC) taking a quick look at the Outriders subreddit, it’s clear to see that this inventory wipe bug has become an increasingly huge issue since the latest Outriders 1.05 update on all platforms. At the moment, no one is exactly sure what is causing this bug, though most have noticed that it occurs far more often during a multiplayer session. However, this does go without saying that there have been multiple reports from even solo players, meaning no one is safe from this bug.

The biggest culprit seems to be coming from the end game expedition content as players are reporting that it was the last activity they did before logging off (or disconnecting) and back on only to see their inventory completely gone.

Been struggling with ct10 on my devastator for the last 2 days and I finally got the super amazing inventory glitch. from outriders

You LOVE TO FUCKING SEE IT!!!!!! Well outriders claims another victim………. from outriders

What’s more, for those affected by the bugs are also unable to play those characters, forcing them to switch to another character, and/or start over completely. The developers of course are well aware of the bug, but at the moment are unsure themselves as to what exactly is causing it due to it not happening to every player. It is however their top priority.

We are aware and deeply sorry that some users are continuing to encounter an inventory wipe.

We are doing everything we can to resolve this issue, both server and game-side.

Our plan is still to work on a restoration for all affected accounts – details:https://t.co/7DZulERIkm

Not everything is lost, as the team did confirm restorations plans, though it seems to only be for the higher grade tier gear and may not hold the same exact stats they had previously.

Our Suggestion? Stop playing for now, that way you don’t lose hours of hard work. While yes, the developers do plan on doing some type of restoration, seeing that this is the first time they would be doing it, you never know exactly what you’ll get back. Better to not play at all and just wait it out. Hopefully that wait isn’t a long one.