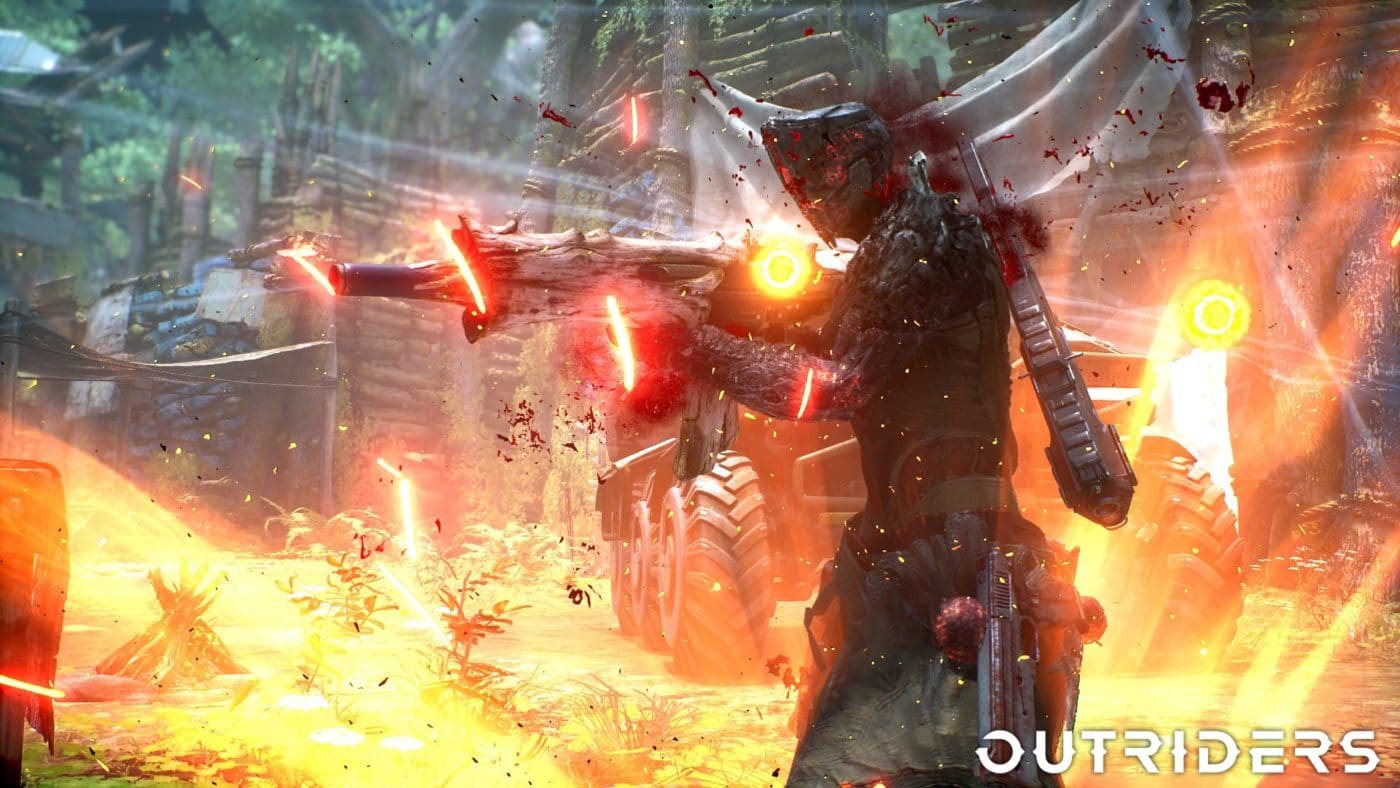 With just a week left before Outriders rides out on April 1, People Can Fly has decided to do their own take on builds, and have started with the Pyromancer class! The studio calls this the Outriders Pyromancer Fire Witch build, and the specifics are listed below.

Per People Can Fly:

Introducing – The Fire Witch! A devastating Pyromancer nuke-based build that relies on you weaving skills together to maximize its effectiveness.

Introducing – The Fire Witch! A devastating Pyromancer nuke-based build that relies on you weaving skills together to maximize its effectiveness.

Details of the build per the devs:

The three skills that this build uses:

Deals damage to all enemies within a large radius and interrupts their skills.

Fire an energy beam that deals damage that benefits from Status Power (increasing the damage of status effects), inflicting Burn and causing interrupt to enemies hit, as well as enemies within a small radius around you.

Pointers on how to be effective with the build:

To fully utilise the Fire Witch, the player has to embrace the following sequence to reduce downtimes for as much as possible…

By displaying their nameplates to the player, Overheat has effectively worked as a sonar to scout for opponents, allowing you to target enemies at a distance and behind cover with your FASER Beam.

The cooldown of Overheat is the shortest (6 sec), which allows the player to weave Overheat between three other skills to maintain the buffs and consume the Burn debuff applied by the FASER Beam.

The final skill in this rotation is Eruption, which does high damage but has a long cooldown. It’s crucial players fill this void with a combination of FASER, Overheat and firing off their weapons.

Effectiveness of the Fire Witch heavily depends on the player’s ability to maximise damage per move/optimal player positioning when attacking eg. hitting as many enemies as possible with a single FASER Beam.

As you can see from People Can Fly’s tweet, ther’s a new build revealed everyday! Stay tuned here on MP1st to make sure you don’t miss it.