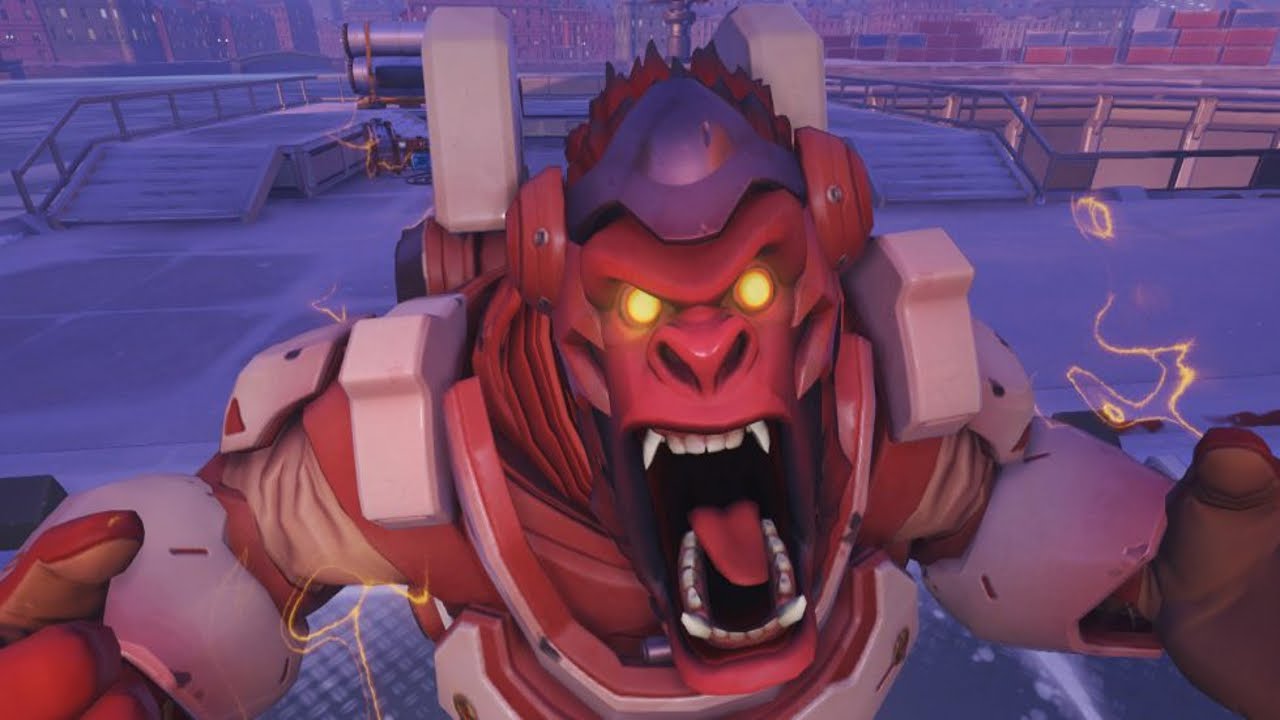 While PC Overwatch players can report players for griefing, cheating, or just flat out being an asshole, console players had to endure all of it and had to rely on banning players based on their online IDs associated with their console…at least, until today.

As part of yesterday’s patch that added Deathmatch, console players (that’s you, PS4 and Xbox One users!) can finally report players to Blizzard! Just go to your “recent players” list. and use “report.” That’s it! It can be based on cheating, being poor and selfish teammates, or whatever. Check out a screenshot of it (via Kotaku): 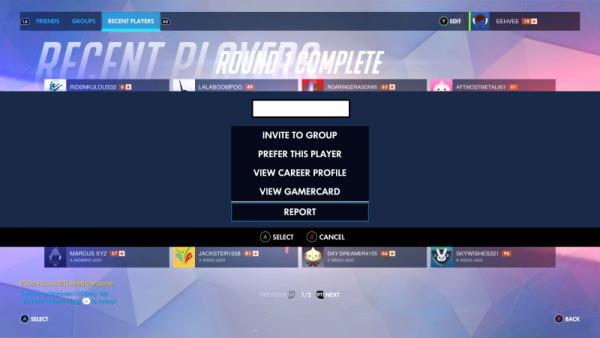 Blizzard isn’t stopping there to ensure their players are having fun in Overwatch instead of being abused. In a post on the Battle.net forums, Game Director Jeff Kaplan responded to user “Roaming” who made a very good point on how “toxic” the Overwatch community has been, and how no one fears being reprimanded.

I’m gonna make this short and sweet. The reporting system is a failure. Why do I say this?

1. The community is toxic. Not every game. But every session I play, be it lucioball… quickplay.. or comp.. I see at least one person who deserves some form of reprimand based on the categories in the system .

2. No one fears the system. Take a look at the title of the now viral 2k+ report troll. “Lol one week ban” And can you blame him? This is his THIRD suspension, he has a year chat ban, and averages 4 reports PER DAY, if we assumed he began playing at launch.

3. He is one of the worst offenders.. and looking at the stats I mentioned, you can see why. It’s an incredible pace to keep up. But if the WORST offender is only getting a 7 day wrist slap… and he gets reported minimal 4 times per day…

4. The rest of the community is literally being unchecked.

You make some really good points and we agree. The reporting and punishment system is currently one of our prime focuses. You will be seeing a developer update about this very soon (we recorded it last week — not sure when it’s going live).

We have short, medium and long term plans and we haven’t done a great job in communicating all of these things to you. In the short term we are re-evaluating every punishment and are in the process of converting silences over to suspensions. We’re also increasing the length of suspensions. Pretty soon, we hope for silences to go away all together and only have suspensions and bans for punishments (with a few exceptions like forced BattleTag changes for naming violations). Also in the short term, we’ve been testing an email notification system to let you know when someone you’ve reported has been actioned. We cannot provide a lot of detail in these emails but they only go out if an action has taken place (meaning your report contributed to someone getting suspended). The other short term thing we just did was ban a number of accounts for boosting in Season 5. These accounts were actioned either yesterday or are in the process of being actioned. They will lose all Season 5 rewards.

In the medium term, we’re looking to completely ban repeated Competitive offenders meaning if you’ve been banned for more than X seasons, we will ban you from ever playing competitive again. We also want to increase the email notification system to other forms of reporting as well as work on an in-game notification system to let you know that your reports are doing something (this will edge more into the long term section — the in game part). For Season 6, we’re going to be way more aggressive with boosting/throwing or any sort of SR manipulation. We have some very smart people who are getting very good at detecting this behavior and we are actively building systems (and punishments) around SR abuse. Also in the medium term, we have a new series of punishments we’re going to try that escalates much more quickly (so you don’t have egregious cases like the one you’re referencing). Basically, extreme offenders will “strike out” of the game much quicker. As part of these increasing punishments, we’re looking to make it so that offenders get blocked from Competitive play much sooner — more details on this as we get closer.

In the long term, we really want to work on systems that encourage positive behavior and reward good players. It really bums us out to spend so much time punishing people for being bad sports. We like making cool, fun game systems — that’s what we do for a living. But because people seem to lack self-control or because people like to abuse anonymity and free speech we’re put in a position of spending a tremendous amount of our time and resources policing the community. We will do this as it is our responsibility but we’d like to spend more time rewarding good players rather than having to focus on poor sportsmanship and unacceptable bad behavior so much. Like it or not, this is an “us, the OW community problem” and not just an “OW team problem”. For better or for worse, we’re in this together.

We’re working hard to make changes. I hope you all do too.

The TL; DR version: Blizzard is looking to perma-ban repeat offenders in Competitive. They’ll also be more aggressive in catching and punishing people who boost or manipulate the SR for Competitive as well. Short, medium and long-term plans are being considered, which we should learn more about soon.

This is definitely a step in the right direction. Unless, of course, you’re one of the assholes who deserve to be reported or banned. If so, erm, please don’t play with me.

What sort of punishment can Blizzard inflict on griefers and other bad teammates and opponents? Share your suggestions below.