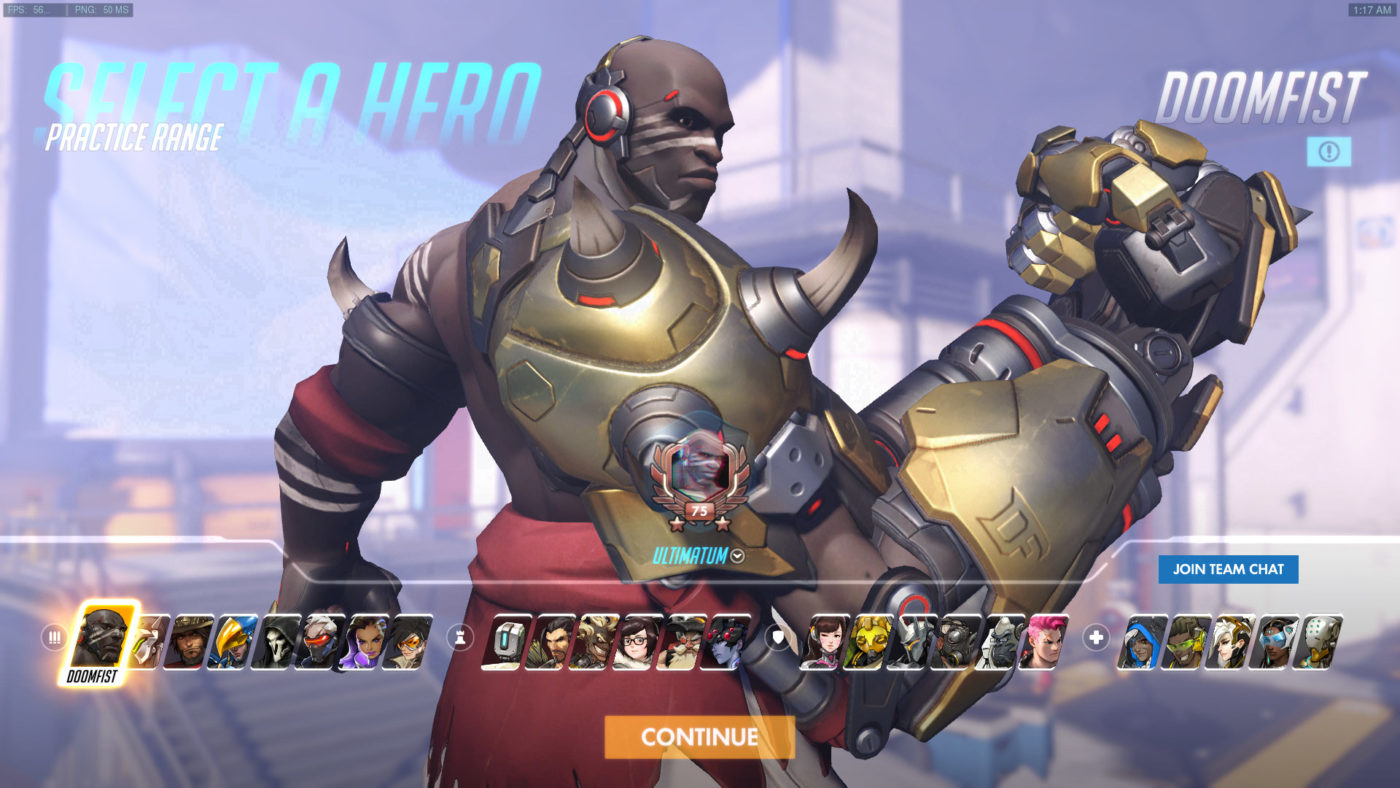 Despite Blizzard’s attempts to make Overwatch hero Doomfist a less buggy and broken character, there’s still lots of issues cropping up. Reddit user iSinner_ has compiled examples of over 18 new Doomfist bugs, which vary in rarity and severity.

Here’s what iSinner_ has jotted down thus far:

Zarya bubble <-> rocket punch interaction – zarya’s bubble can’t be punched, you go though it instead. This has been the case since release, even when the rocket punch hitbox was massive

Rocket punch <-> D.va interaction – the amount of knockback dva takes from rocket punch depends on whether she is shooting or not, which makes no sense.

Rocket punch <-> Orisa interaction – the amount of knockback Orisa takes from rocket punch depends on whether she is shooting or not, which makes no sense, again.

It isn’t applied only to doomfist RP knockback, all knockbacks depend wethere orisa/dva is shooting or not, here is a live example vs winston ult:

Lucio aura <-> RP interaction – while being in healing aura, lucio is knockbacked a little bit farther by rocket punch, than while being in speed aura. It should be the same.

Wallride <-> uppercut interaction – uppercutting a wallriding lucio sends him into the stratosphere instead of hovering him at doomfist’s height. It isn’t consistent with how uppercut affects grounded targets, so i assume it is a bug. Maybe it is related to Bug#12.

Genji’s Dash <-> RP Interaction – Genji’s dash ignores the stun and the knockback effect, and continues to travel until it stops by itself. Even though i reported this bug in my previous post, it hasn’t been fixed, so i feel obligated to include it again in the list of bugs.

Lucio boop <-> Seismic slam interaction – if lucio boops doomfist just at the same time as he is about to trigger the wave from the slam, the wave appears but has no effect, no damage or soft CC from it.

Call mech <-> rocket punch interaction #1 – if D.va is in call mech animation, her mech is immune to knockbacks of any kind, just like junkrat was immune to it before it got patched

Seismic slam cancel bug – sometimes slam gets stuck on objects and is just canceled completely. No wave, nothing, it just goes on cooldown. While it has been claimed to be fixed in patch notes, it still happens all the time as if it wasn’t fixed at all. All footage is taken after it was claimed to be fixed.

Orisa halt <-> seismic slam interaction – if doomfist is caught by halt during his slam animation, the slam will trigger the floor wave in the air, hitting nothing, or will just cancel.

Bastion tank transform <-> uppercut interaction – if bastion is uppercutted while transforming, he won’t be knocked up at all.

Dva call mech <-> RP interaction #2 – when dva calls mech, the mech hitbox is there before the actual model is there, which mean RP hits the mech and doesn’t cancel the call mech ult.

Incorrect ult landing – the landing indicator and the actual landing positions are incorrect near height differences in terrain.

Ult UI getting “stuck” – if you die shortly after activating your ult, the ult ui can remain on your screen after respawning

Junkrat ult <-> any DF skill interaction – none of the skills seems to affect junkrat, no knockback of any kind. It is weird because it was a patch in which junkrat was displaced by RP. However, this is not the case on PTR 1.19.1.0.42530

Head to the Reddit thread to view examples of each bug.

Here’s hoping this information provides useful to Blizzard, who can work to remedy the issues.

In other Overwatch news, a new update has landed on the PTR which targets Mercy and Junkrat with nerfs, and Season 8 has started, bringing some big changes to the game.