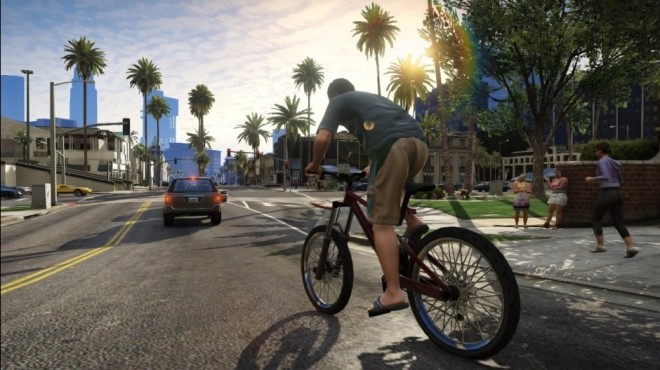 Rockstar Games discusses the state of Grand Theft Auto V on the PC and other platforms like the Wii U.

As of right now, Rockstar’s Grand Theft Auto V is expected to drop Spring 2013 on both the Xbox 360 and PS3 with the PC and Wii U versions only “up for consideration,” Rockstar’s Dan Houser recently told IGN.

“That’s all I can give you,” he continued. “The main thing is we are not… we are a third-party publisher. We’re not Nintendo, we’re not Sony, we’re not Microsoft. We love all of them in different ways. But we can do what we want wherever there’s the appropriate business opportunity and chance to find a market.”

According to Rockstar, their developers are perfectly comfortable with the current generation of hardware.

“Some other people talk about the limitations of the [current] hardware. We don’t feel there are that many limitations. We feel we can do some very impressive stuff and do it for a large audience. This felt like the way… There’ll be a much larger audience on PS3 than there will be on PS4.” He added, “we didn’t sit there saying, ‘We’d like to do this in the game, but we can’t.’ There’s plenty of power in these machines.”

Obviously, this is a bit concerning for PC and Wii U gamers hoping to be able to experience Rockstar’s latest epic on their platform. Are you one of them? What do you think?

In other GTA V news, Examiner reports neither the Xbox 360 nor the PS3 version will be considered the “lead platform.” Each version is being developed simultaneously.