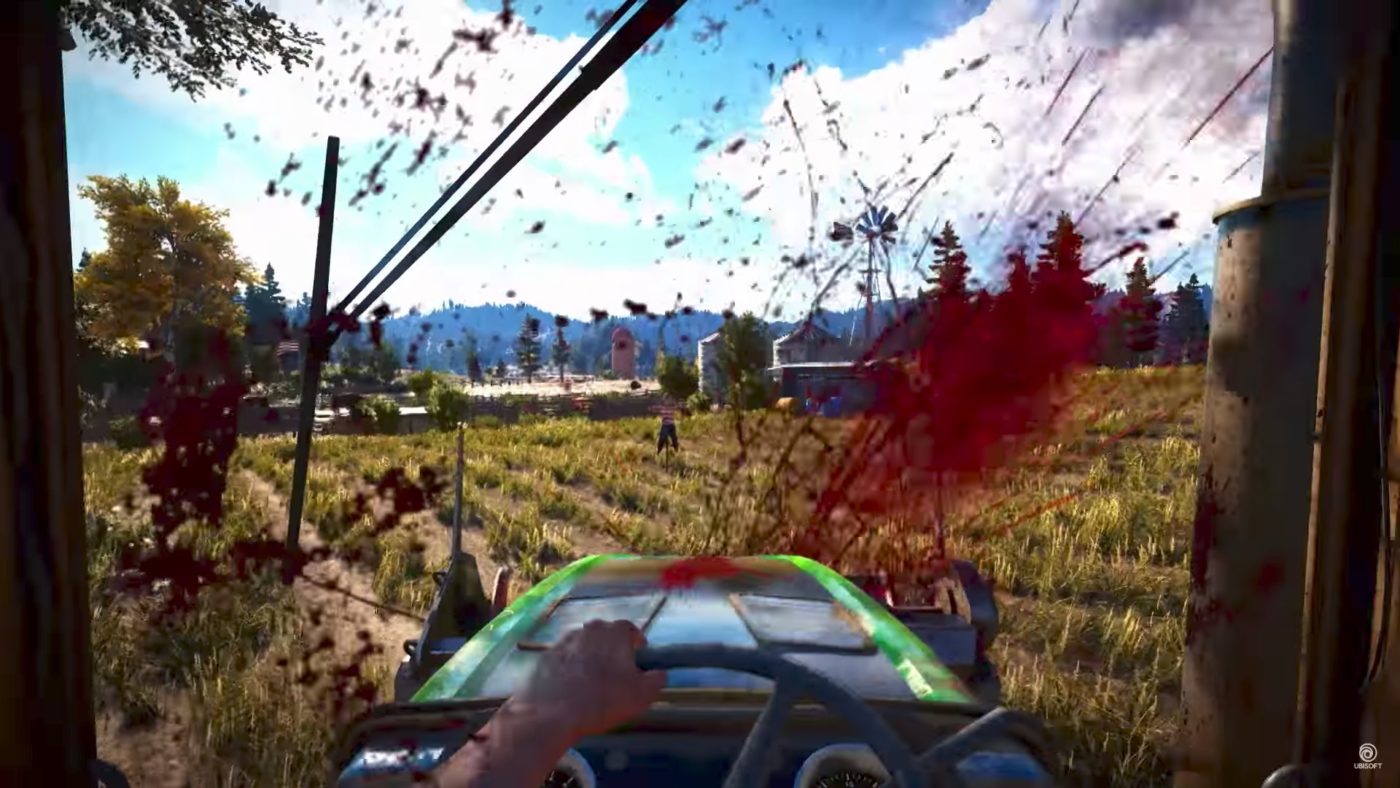 During Sony’s Paris Games Week showcase, a new Far Cry 5 trailer was deployed to show just how fun the game’s co-op mode could be.

When you’re trying to take down an insidious cult that has gripped a small town in its violent clutches, it’s nice to have a friend along for the ride. That’s why the developers of Far Cry 5 have designed the entire campaign to support co-op play. Whether you’re taking on missions to root out the Project at Eden’s Gate or just cruising the countryside in a pickup while your buddy flies a plane overhead, the vast open world of Montana is more than big enough for the both of you.

Far Cry 5 is arriving on PlayStation 4 on February 27, 2018, and co-op play will require that both players have PlayStation Plus memberships.