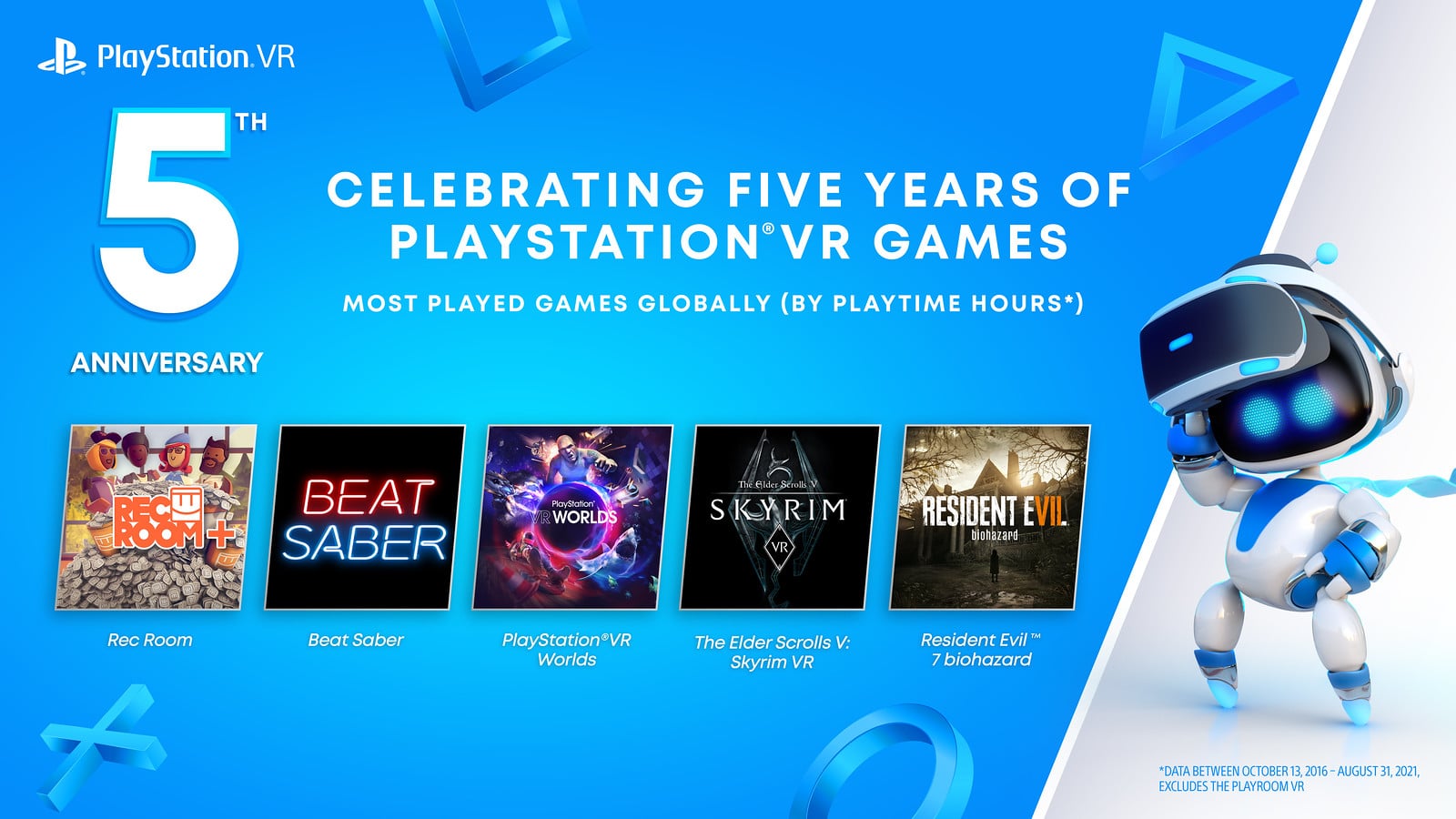 In case you didn’t know, the PlayStation VR (PSVR) turned five this year and to celebrate this achievement, PlayStation has announced that PS Plus subscribers will be getting three bonus PSVR games for free this November!

In a PlayStation Blog post, PSVR Senior Director Isabelle Tomatis thanked fans and PlayStation gamers who have supported the PSVR since day one. Looking back at the success, Isabelle shared some interesting facts about the device, revealing its most played titles.

Other developers and creators have also reflected on the memories and experiences they’ve had with the PSVR, which you can read in full detail over at the PlayStation Blog.

However, the biggest surprise is that PlayStation plans on delivering three bonus PSVR games at no additional cost for PS Plus subscribers. Yup, in addition to the monthly offerings, Plus subscribers can expect three titles built for PSVR.

No further details were revealed outside of this, though expect to see it real soon as PlayStation prepares for the November Plus lineup.

As the PSVR celebrates turning five years old, the big rumor is that its successor for PS5 will use OLED and is targeted for release next year. Read more about that here.

PlanetSide 2 Update 2.35 Shoots Out for Nanite of the Living Dead This Oct. 13