It seems that Crash may be making a splash (sorry) in the upcoming PlayStation brawler, PlayStation All-Stars Battle Royale.

In a recent Twitter conversation (now removed) including the Activision Twitter handle, a user tweeted his hopes that Crash Bandicoot might make it into the game. Activision responded as follows: 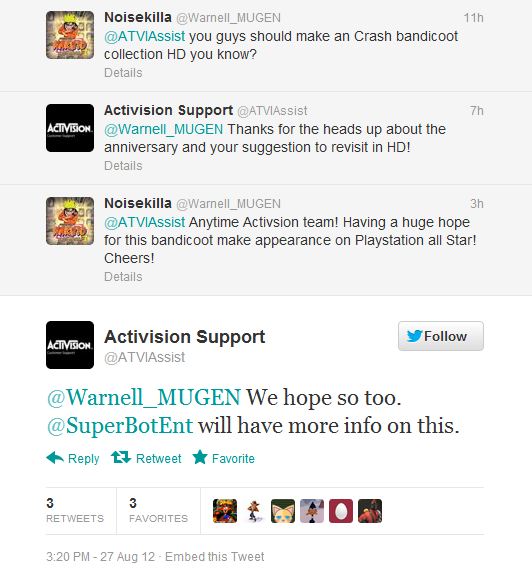 Perhaps we’ll have to wait until PAX Prime starts this weekend for an announcement.

In fact, Crash Bandicoot will be having his anniversary on the same day PAX begins. This may lead to a reveal of an HD collection of the Crash series along with him joining the All-Star lineup