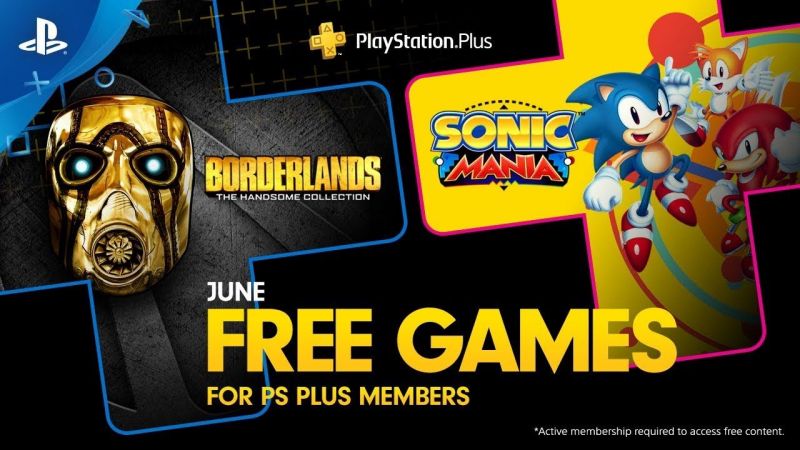 The next pair of PS Plus free games for June 2019 have been announced by Sony today. Not only did players get the release date of Death Stranding, but Sony is now treating them to incredible games to play for the month of June! The two games that are going to be free for the month of June are Sonic Mania and Borderlands: The Handsome Collection.

Sonic Mania is a throwback to the 16-bit era of the Sonic the Hedgehog franchise, with side-scrolling platforming gameplay in which Sonic, Miles “Tails” Prower, and Knuckles are all playable. The game also received an expansion which included fan favorite characters like Mighty the Armadillo and Ray the Flying Squirrel!

In a surprise move, Sega handed the development keys to notable members of the Sonic fan game community, including Christian Whitehead. Industry veterans might recall this person’s contributions with the mobile ports of 16-bit Sonic games. Sonic Mania was originally released in August 2017 on Nintendo Switch, PS4, Windows PC, and Xbox One.

Both Sonic Mania and Borderlands: The Handsome Collection will be available on June 4, 2019. In the meantime, you can still enjoy the PS+ titles for May, 2019. What else could Sony have on their hands to continue pleasing their loyal fans? Let us know in the comments.