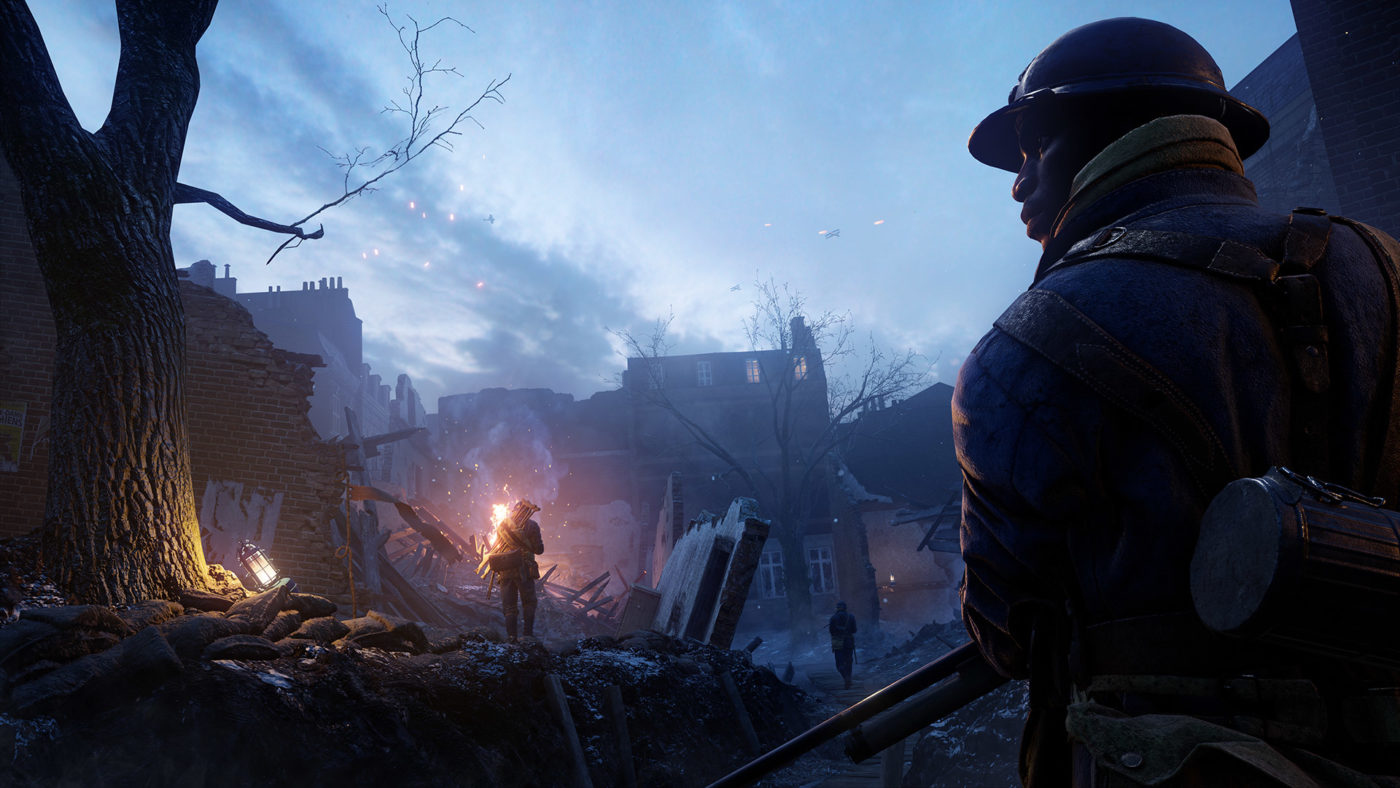 With Battlefield V set to come out this November 20, DICE has wisely made a “Road to Battlefield V” in-game event wherein players can earn BF1 and BFV skins, and more as they complete challenges. What better way to have people partake in this than giving away maps and content for free, right? Check out the download links and expansion details below (via EA).

Battlefield 1 They Shall Not Pass

The battle-hardened French Army joins the fight in this expansion. Don their characteristic blue uniforms, try new weapons, and play on new maps as you defend their homeland.

Lead your squad into the maze of dark galleries on the fan-favorite Fort de Vaux mapfor some close-quarter engagements. If you’re a bit claustrophobic, try out Conquest on an open map like Rupture, where you’ll fight with tanks, biplanes, and on foot across a sea of poppies. And that’s just the beginning.

The second expansion that was released lets players fight in the 1915 British amphibious assault of the Gallipoli peninsula and deploy with the Royal Marines on the C-Class Airship to drop death from above. Relive massive battles on land, sea, and air within the maze of desert canyons of Achi Baba, choke point-heavy Zeebrugge, and two additional maps.

This expansion also shipped six weapons and two melee weapons for players to dominate land battles, as well as the L-Class destroyer, M.A.S torpedo boats, and Heli blimps to own the seas.

Battlefield 1 In the Name of the Tsar

Lace your winter boots as In the Name of the Tsar takes you to the popular Tsaritsyn and Albion maps — two stylistically different experiences of the freezing Eastern Front. Defend against the German infantry as they invade the Baltic peninsula in Albion. And choose sides in the Russian civil war as either the Red or White Army on the scarred streets of Tsaritsyn.

The expansion also introduced the Supply Drop game mode, shipped 11 Russian-themed weapons, and allowed players of the Scout class to plays as the Russian Empire’s formidable Women’s Battalion of Death.

Five maps based on the Great War’s most brutal engagements. This is what you’ll discover when you enter the living hell of Apocalypse.

Passchendaele wears the scars of battle, pulverized by weapons designed to end the war swiftly. The inspiration for the infantry-focused Passchendaele map, it’s packed with cover and trench networks, ruined houses, and abundant shell craters. Similarly, the once-thriving wheat fields of Somme have been cooked to ash by a storm of steel – it’s open warfare on the River Somme map with clear trench line battles of man versus machine. And that’s just two of the five intense maps.

Don’t forget, you need to own the base game in order to take advantage of this Battlefield 1 Premium free giveaway.