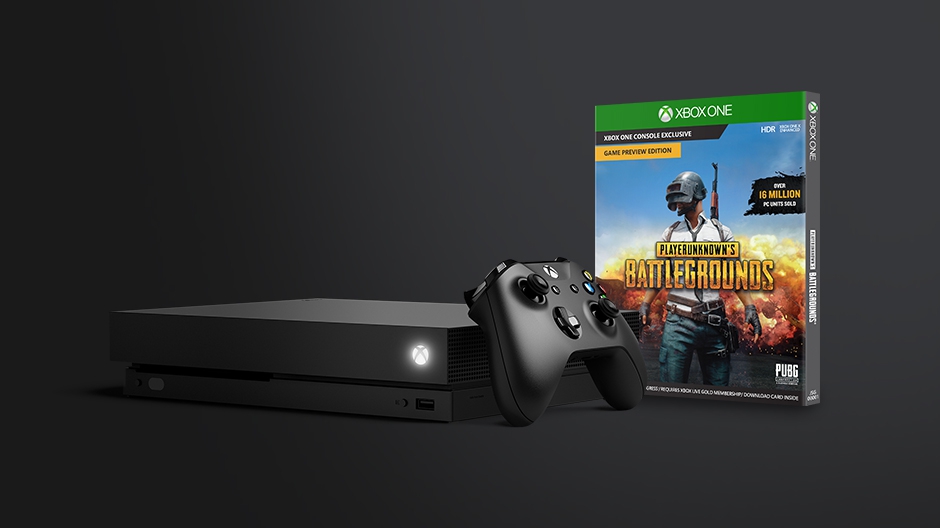 PUBG Xbox One Player Count Already at 1 Million in Just 48 Hours, Game Bundled With Xbox One

In case you didn’t know, this year’s hottest game — PlayerUnknown’s Battlegrounds — is now out on the Xbox One. It’s been out less than a week but we can already call it a success. Why? Well, according to Microsoft, there’s already over one million PUBG players on Xbox One in just the first 48 hours alone!

Yep, you read that right! The PUBG Xbox One player count is already at over one million friggin’ players in just two days! Microsoft has called it the “hottest multiplayer game of the year” and they might not be exaggerating.

To celebrate this momentous occasion Microsoft is rolling out a special holiday promotion where every Xbox One X purchase will come with a copy of PUBG! This promo will be available in select regions for a limited time starting December 17, and will run until December 31, 2017.

In addition to that, Microsoft has mentioned that PUBG on Xbox One will receive new content updates, which include the new desert map “Miramar,” game balancing tweaks and more.

Are you one of the players who bought PUBG on Xbox One? What are your thoughts on it so far? If you’re experiencing issues with frame drops, we posted a quick fix for it that should be good enough until Bluehole releases an official remedy.