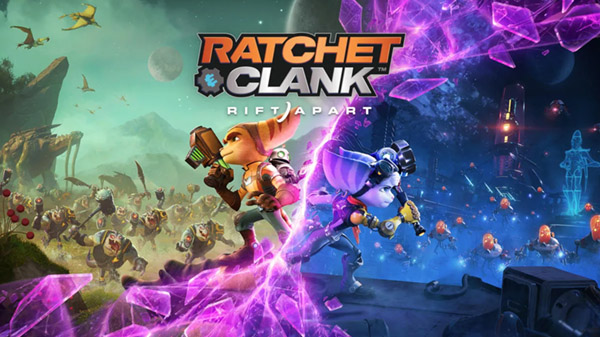 It’s almost time to rejoin Rachet and his robotic buddy Clank in a new adventure that will send them across the multiverse, as Sony Interactive Entertainment and Insomniac Games have announced via the PlayStation Blog that the Ratchet & Clank: Rift Apart release date is June 11!!

Check out the pre-order trailer that was just released.

Here’s the details and an overview of the game from the PlayStation Blog.

Ratchet & Clank: Rift Apart is a brand-new full-length adventure. When the evil Dr. Nefarious uses a device that can access alternate dimensions to find a galaxy where he always wins, Ratchet and Clank are separated. As they try to reunite, they will meet a new Lombax resistance fighter, explore new and familiar locales (but with new dimensional twists!), and wield a whole new arsenal of out of this world weapons.

If you’ve never played a Ratchet & Clank game before, this is an excellent one to start with as the adventure is a stand-alone storyline, but longtime fans of the series will find deeper layers of connection to previous games.

We previously reported that the Digital Deluxe version of Ratchet & Clank: Rift Apart has been rated in Taiwan, and as expected Sony shortly announced the release date.

Ratchet & Clank: Rift Apart will be released exclusively for the PS5 on June 11.