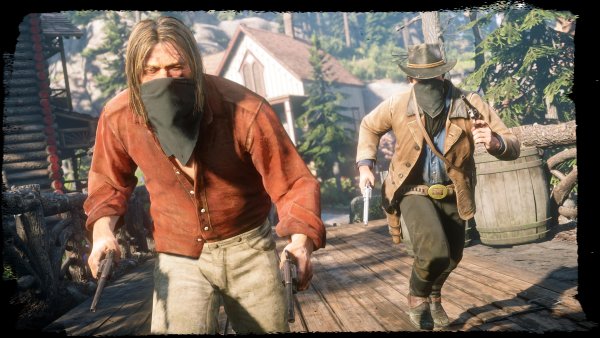 Red Dead Redemption 2 Japanese Version Comparison Has a Few Key Changes, and Here They Are

It’s no secret that when games get released, there are sometimes different versions of the game to appease a certain country’s censorship regulatory board, or just to be more sensitive to the cultural differences. And with how violent and crass Rockstar Games made Red Dead Redemption 2 to be, it’s no surprise that the Red Dead Redemption 2 Japanese version has a few key differences with the version of the game released out west.

While you can watch the entire Red Dead Redemption 2 Japan version comparison in the almost four-minute video below. you can also check out the condensed and written form of the video as well! Note that there are some parts that might be considered spoiler-ish to some, we’ve made sure to not spoil anything too much, but if you don’t even like to know the title of missions, then best to look away.

In the Japanese version, a lot of the super gory details have been taken out such as:

You can dismember people in the western version of Red Dead 2 but in the Japanese version, body parts explode and vanish.

Not that many changes, thankfully! Are you surprised with the changes or were you expecting it? Let us know down in the comments.