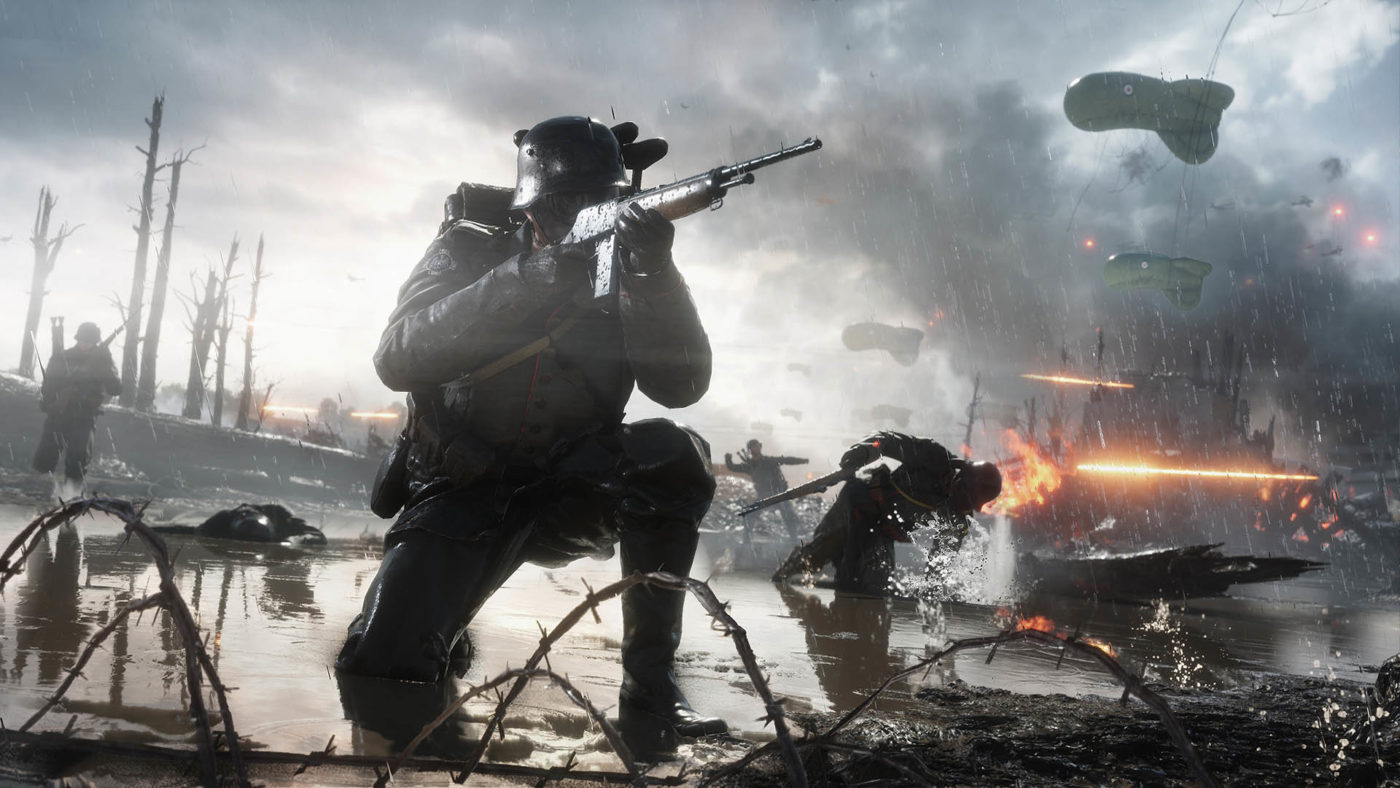 While referred to as Battlefield 2 internally, the Battlefield 2018 release will be called “Battlefield V“. GamesBeat has provided an image of the game’s logo, seen below:

In 2016, Battlefield 1 offered a new portrayal of the wars waged during WWI, and now in 2018, if this new report is to be believed, it will be Battlefield 2 launching with a focus on the famous battles of WWII.

According to GamesBeat, who has received a tip from “sources familiar with EA’s plans, who wish to remain anonymous,” Battlefield 2 will not be a remaster of 2005’s game of the same name, but will instead be an entirely new Battlefield game.

EA and Battlefield developer DICE decided on this strategy several years ago. They knew they wanted to get away from the modern and near-future settings for a while, but it also didn’t want to burn the WWII setting right away. This led the studio to start with WWI knowing that it could always still go to WWII with the next game if Battlefield 1 didn’t work out.

Call of Duty: WWII proved that the demand for WWII shooters had returned, and so it’s not surprising that EA would decide to target the period.

It should also be noted that this isn’t the first time that we heard Battlefield 2018 would be set in WWII. Here’s what TheAlmightyDaq reported a while back.

Of course, until official confirmation, this should be taken with a pinch of salt.

We’ve reached out to EA for comment, and will update this post with any responses we receive.