Throughout the last few days, we’ve seen a number of forum users reporting that Black Ops II pre-order bonus posters for “Nuketown 2025”  multiplayer map have been showing up at their local retailers. It seems that the popular map from the original Black Ops, Nuketown, will get a “2025” re-imagining.

One Se7ensins user saw the posters at Ireland’s Xtravision. Also, a GameFAQs member reported on Nuketown 2025 posters at US based GameStop. However, Steven Douglass via XGZ managed to snap a few pictures of the posters at his local “GAME” store in the UK. 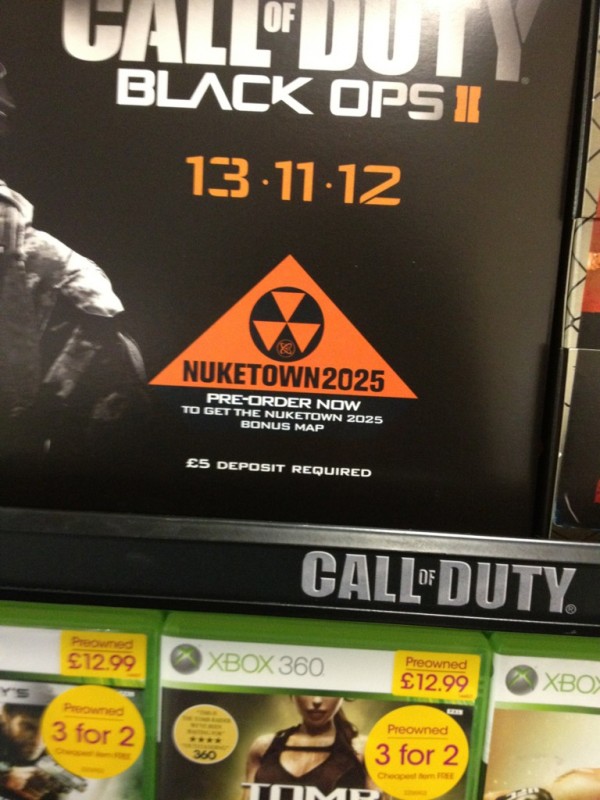 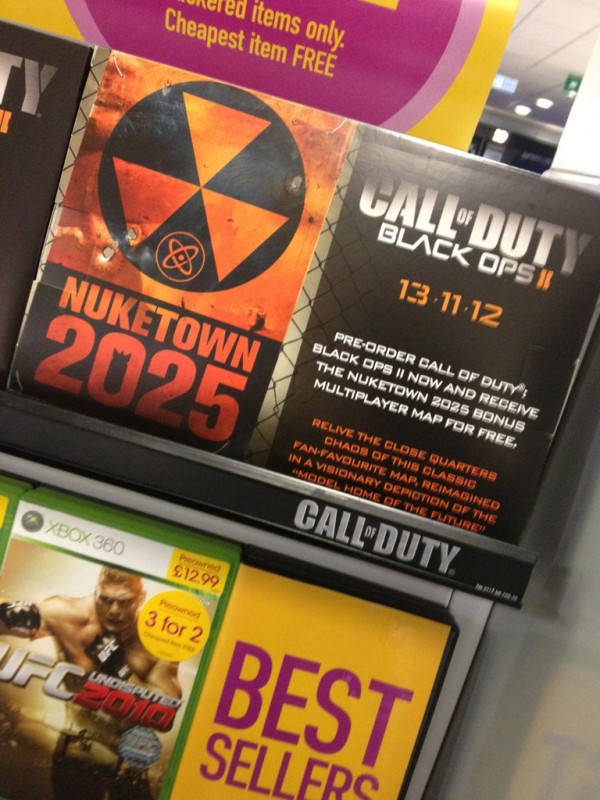 The promotion on the second image reads, “Pre-Order Call of Duty: Black Ops II now and receive the Nuketown 2025 bonus map for free. Relive the close quarters chaos of this classic fan-favorite map re-imagined in a visionary depiction of the “model home of the future.”

MP1st writer Gav contacted GAME for a comment on the topic via Twitter, the retailer had this to say, “I’m afraid we don’t know anything about it – we do have the Prestige Token pre-order bonus however which you can use in MW3!”

Update 2: One more image has made its way on to the internet from IGN. 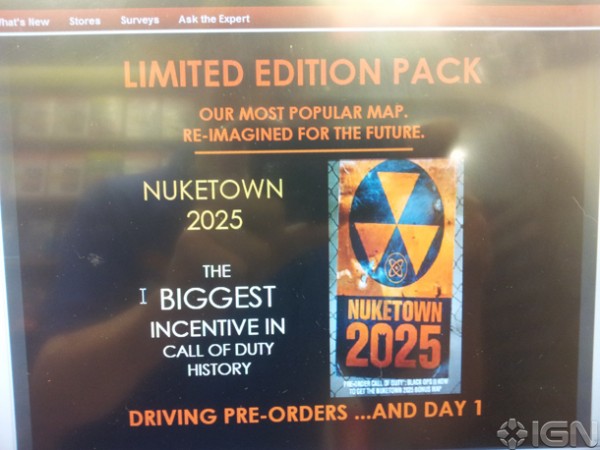 Update 3: As the image above suggests, Black Ops II will have a Limited Edition Pack, perhaps similar to how the first print of Battlefield 3 is considered “limited” and packs in expansion pack Back to Karkand, however in this case Nuketown 2025. Also, another interesting topic of discussion is whether Xbox 360 owners will have access to Treyarch’s “most popular map” Nuketown first, as Microsoft has recently renewed the one month exclusivity deal for Black Ops II. This leads us to the question, will Nuketwon 2025 be included on disc or online to download? If it’s offered through DLC, then would the aforementioned exclusivity deal factor in?

Update 1: GameStop’s reveal for the second pre-order bonus wave will take place on July 1st, we expect Nuketown 2025 to be revealed then and added to the title’s pre-order bonuses. Of course, those who have already pre-ordered the game from GameStop will be entitled to the next three waves as well, which should include Nuketown 2025. See the flyer below for more details.

Be sure to follow MP1st on Twitter and Facebook for more updates on this story. You can find our full Black Ops II coverage through here.