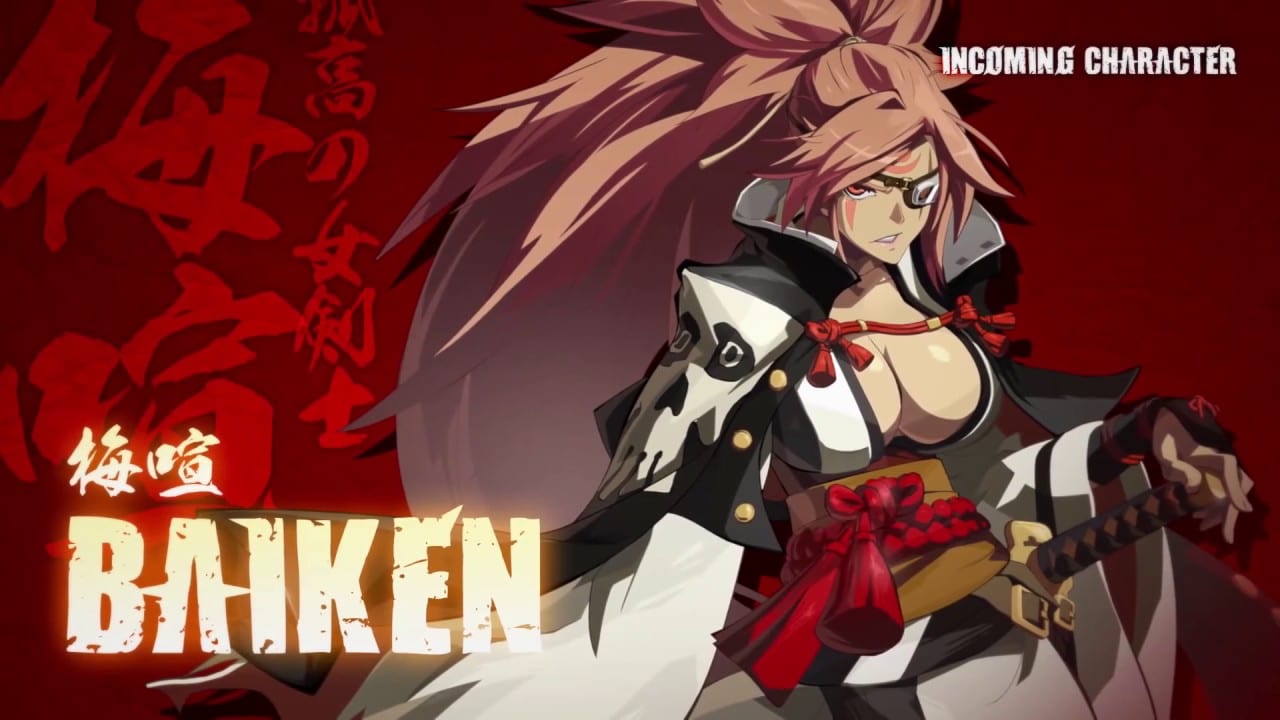 It appears that the next two fighters coming to Arc System Works latest chapter in the Guilty Gear franchise may have been revealed, as a recent data mine reveals the Guilty Gear Strive next DLC characters are Slayer and Baiken — two well known fan favorites in the series!

According to a tweet by Lean_Buscaglia, the entries of voices of two characters who have yet to be announced in Strive have been datamined — and it points to both Slayer and Baiken!

For those unfamiliar with who these characters are, here are their entries from the Guilty Gear characters wiki, including a little bit of what Baiken’s role in Strive will be.

Slayer is an ancient vampire who founded the Assassins Guild, he comes out of hiding when the Guild dives into chaos after Zato’s disappearance. Cultured and debonair, Slayer enjoys haiku and spends his time with his wife Sharon, another immortal. He also has a personal connection with Gabriel, the president of Zepp, but seems to be acquainted with all of the movers and shakers of the Guilty Gear universe. He has the apparent motive of either observing the cast, or warning them of being targeted by the Post-War Administration Bureau. He personally knows “That Man”/Asuka and that character seems to hold him in high regard since he apologizes to Slayer.

Baiken is among the few people born of Japanese descent. When she was young, her family was attacked by the Gears, a race of magical bioweapons that plunged the world into a hundred-year war known as the Crusades. After watching the death of her parents and losing her right arm and left eye, she swore revenge on the Gears creator, “That Man”. For this end, she trained herself in the use of the katana. She has many hidden surprise weapons within the sleeve of her severed arm: a Japanese mace, a fireworks cannon, a bladed fan, a rope dart, a hook, a claw, and a spear. As of Xrd, she wears an eyepatch goggle on her scarred eye and was brought by May to visit Kum Haehyun. In Strive, it turns out that Baiken’s actual target who she referred as “That Man” is not Asuka R. Kreutz, but his former teacher, Happy Chaos.

While all this still has yet to be confirmed or announced by Arc System Works, the first DLC character for Guilty Gear Strive in Goldlewis Dickinson as well as update 1.07 for the game have arrived and you can read about it here. We previously reported on the Season 1 DLC roster being datamined, as well as the roadmap for the season here.