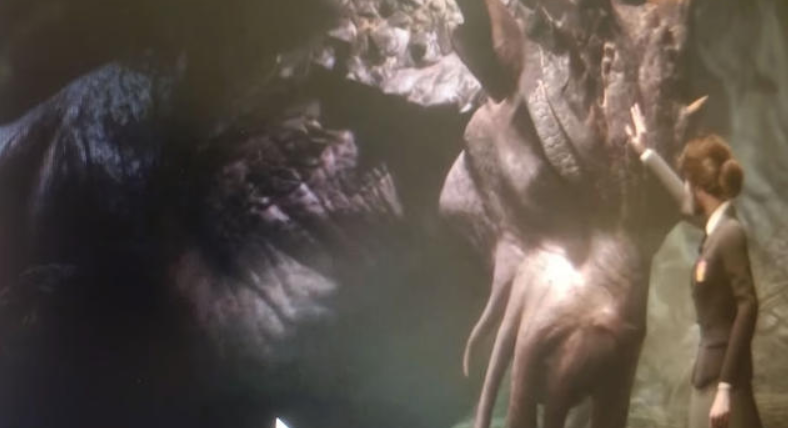 Watch the brief leaked footage below, where we get to see bits of the character creator system, traversal, puzzle, and even goblins being slayed! Yes, this isn’t a Harry Potter game aimed for kids!

The leak, which comes from Reddit user VapeThisBro, even has gameplay details!

Set in the 19th Century (1800’s) Wizarding World, this 3rd person open-world action RPG game centers around your character with unique abilities who has eared a late acceptance to Hogwarts School of Witchcraft and Wizardry. You are a newly arrived 5th year student to Hogwarts that demonstrates a latent gift for magic with a unique ability to track and identify remnants of a pottant ancient power.

Upon arrival, strange events begin to materialize In the Forbidden Forrest and trouble begins o brew within the castle walls. Together with Professor Elezar Fig, you embark on a journey through both familiar and never before seen locations to bring to light the truth behind these mysterious occurrences.

On your quest you will craft potions, master new spells, and discover fantastical beasts. You will battle Dark Wizards, Goblins, and other supernatural enemies and uncover the truth about your destiny – the Fate of the Wizarding World lies in your hands.

FEATURES – Journey to Hogwarts to become one of 8 different Wizard types -Experience Hogwarts, make new friends, uncover new secrets, and change the fate of the Wizarding world. -Experience a new magic system that creates countless possibilities to master magic. -Freely explore the Wizarding World for the first time., Choose your house and friends at Hogwarts, and decide to pursue a path of good or evil. -Create your own witch or wizard, and experience a all new story separate from the books or films

While the gameplay might be from a canned game, that’s not so according to BBC News reporter Lizo Mzimba. He shares (via Eurogamer) that the footage is legit, and Warner Bros. currently have a few titles in mind for it which include: Harry Potter Magic Awakend, Magic Forever is also in the mix.

Am told this is from a yet to be announced RPG currently titled Harry Potter Magic Awakened, although other titles including Magic Forever are also in the mix. Other Potter games are also thought to be on the way @TomPhillipsEG @ComicBook #HarryPotterMagicAwakened #HarryPotter https://t.co/bgXliE0Hme

Additional digging seems to indicate that the developer is Avalance Software (Disney Infinity), which shouldn’t be confused with Avalance Studios who has worked on the Just Cause franchise. Evidence of this was dug up last year by NeoGAF wherein it was discovered  that Warner Bros. is hiring for a Harry Potter RPG using the Unreal Engine 4 game engine.

Furthermore, Eurogamer has heard the same thing that Avalance is behind this RPG, and it’s currently a year away from launch.

We’ve contacted Warner Bros. and will update the post if and when we get a reply. Will this game have multiplayer of some sort? I sure hope it does. Who wouldn’t want to be in a Hogwarts gang doing all kinds of magical stuff, right?