Looks like the folks over at Respawn Entertainment are answering prayers of those who want to get their hands on the game before it officially launches this March.

According to recent reports, the studio wants everyone to have a taste of their highly anticipated shooter, opposed to the alpha that went live a few weeks ago for only a select few.

Xboxygen, via NeoGAF, spotted a few promotional posters in Europe indicating that players can expect the beta for Titanfall to be available from February 14th until February 19th. 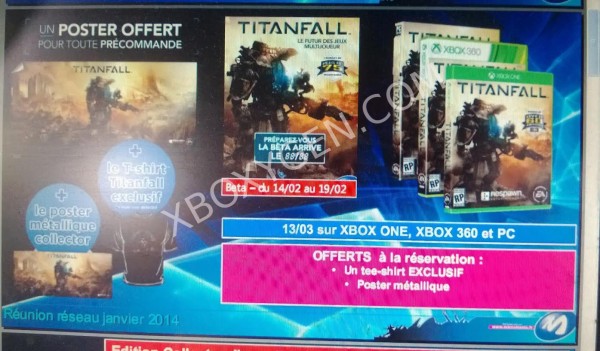 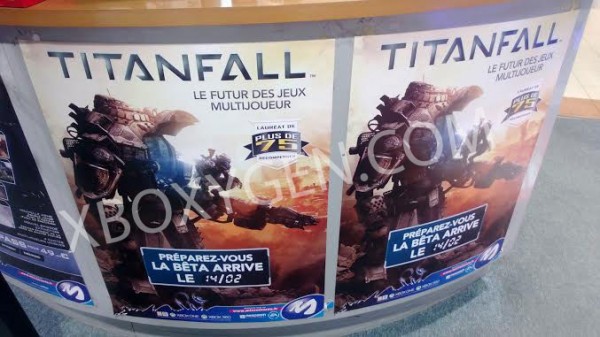 It’s still unclear whether these dates only apply for the European market, or if the beta will roll out for everyone on Valentine’s day. We recently reported that Titanfall’s beta was spotted in EA’s Origin this past weekend.

Titanfall is set to launch on March 11 for the PC, Xbox 360, and Xbox One platforms. Keep an eye on MP1st for an official announcement of the beta and which platforms it will be available on.