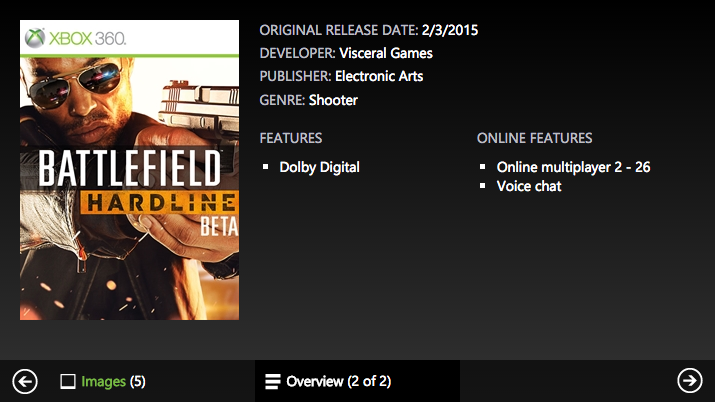 While it’s unclear if the reveal is intentional or pre-mature, the Xbox Live Marketplace appears to have officially dated the upcoming multiplayer beta for Visceral Game’s upcoming shooter, Battlefield Hardline.

A link to the Xbox 360 page (now removed) was posted on Reddit quickly after being discovered, which reads that the Battlefield Hardline Beta will launch this Tuesday, February 3.

The date looks pretty certain, but we’re still anticipating an official announcement from EA and Visceral Games later today in the studios’ weekly Wednesday update that will hopefully set it in stone.

For now, we know that the beta will be open to players on Xbox One, PlayStation 4, Xbox 360, PlayStation 3 and PC, and will offer three game modes and three multiplayer maps in addition to the full breadth of Hardline’s unlock system.

Last week, Visceral highlighted all maps and modes that will be available in Hardline at launch.

Hardline’s full release is set for this March 17.

Keep your sights on MP1st for updates later today.