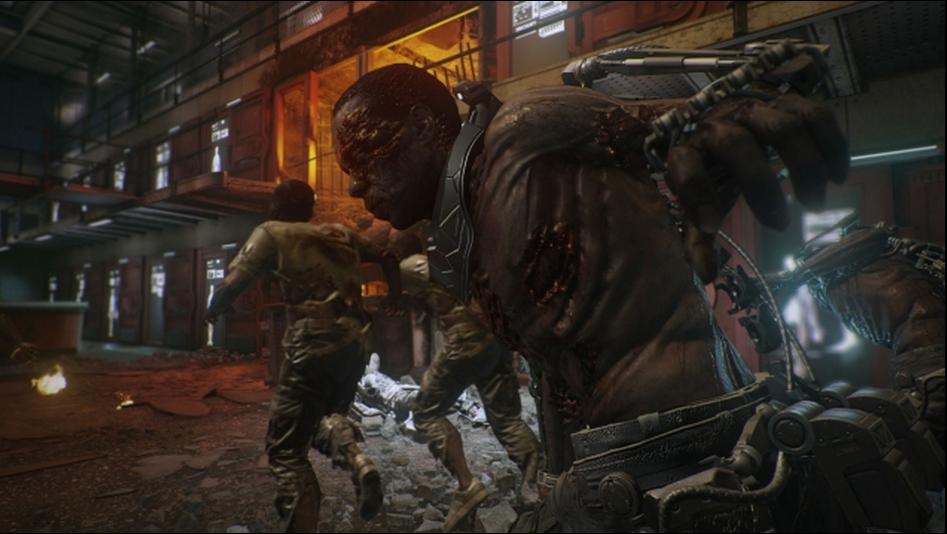 Report – Zombies in Call of Duty: Advanced Warfare Are All But Confirmed

As you may or may not have seen by now, a cutscene in Call of Duty: Advanced Warfare was leaked earlier today that has all but confirmed the presence of zombies in the Sledgehammer Games’ upcoming shooter.

The video in question, which has now been removed from a number of hosting services, clearly shows our heroes attempting to escape a massive zombie attack in a location that looks similar to Advanced Warfare’s Riot multiplayer map.

While it doesn’t quite confirm that a fourth, Zombie-related game mode will be present in Advanced Warfare, it’s likely that it instead has more to do with the rumored “Bonus Wave” in the game’s cooperative Exo Survival mode, as suggested by an Xbox Achievement / PlayStation Trophy called “Exo Survivor” that was leaked earlier, sporting art that also clearly depicts a zombie attack.

Zombies have made quite a name for themselves in the Call of Duty series since their debut in Treyarch’s Call of Duty: World at War. The wave-based survival mode has since become a staple of the more recent Black Ops series. Last year, Infinity Ward took a more extraterrestrial approach with Call of Duty: Ghosts’ Extinction mode, but it didn’t appear to resonate with fans as deeply. Now, it looks like zombies fans will have something exciting to look forward to in Advanced Warfare.

@CodFlufy nothing I can do about it now. But yeah it sucks. Imagine you’re playing and this comes up- you’d be psyched up, right?

Today’s footage is likely still out there, if you look for it, but it does contain some very ‘spoilerific’ material. So, search at your own discretion.

That said, Advanced Warfare is mere days away, so if you can hold out just a little longer until this Monday, November 3 for the Day Zero Edition, (or November 2 in some stores), it might be worth saving yourself the spoilers.

According to leaked gameplay footage obtained by TheTechGame, the cutscene indeed plays after surviving the bonus zombie round in Exo Survival on the map Riot, which plays out similar to the way Treyarch’s Zombies modes do.

Upon completion, players are allegedly returned to the Exo Survival menu with a congratulatory message.