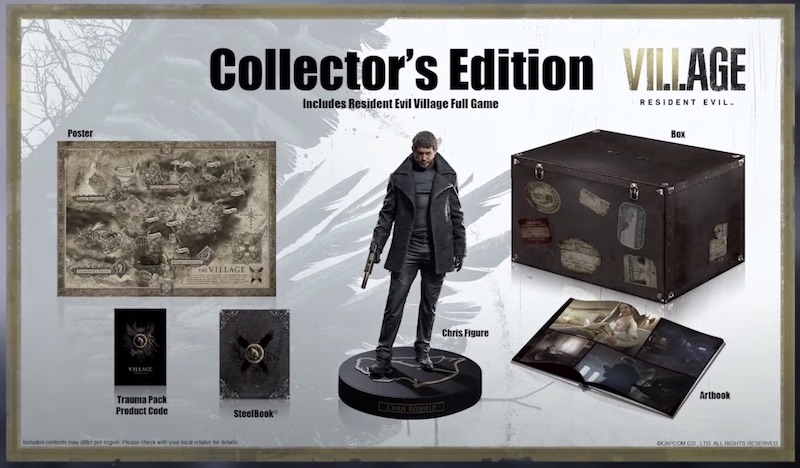 Resident Evil fans who were looking forward to the RE Showcase event Capcom held got bombshell announcements for Resident Evil Village, as the game got a new trailer, gameplay footage, and was confirmed for a May 7, 2021 release for all platforms — including the PS4 and Xbox One.

Thanks to DualShockers, we now have details and a look at the upcoming Collector’s Edition and Deluxe Edition releases of RE: Village, which feature some very compelling items for big time RE fans. 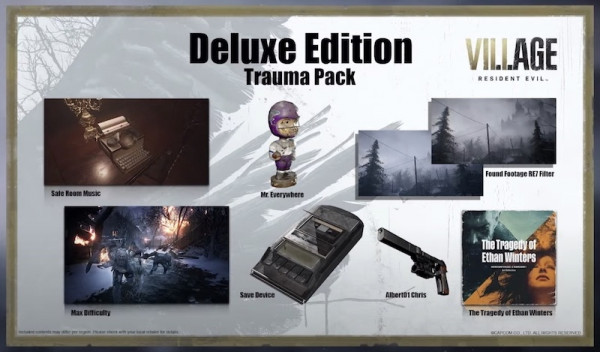 Those that pre-order the game outright will receive a Mr. Raccoon weapon charm and a starter survival resource pack that will help players early on in the game. The Digital Deluxe Edition “Trauma Pack” includes a Mr. Everywhere charm, Save Device, Save Room Music, the Save Device, the Max Difficulty level, an Albert01 silencer gun, Found Footage RE7 filter, and finally a digital artbook called “The Tragedy of Ethan Winters”. 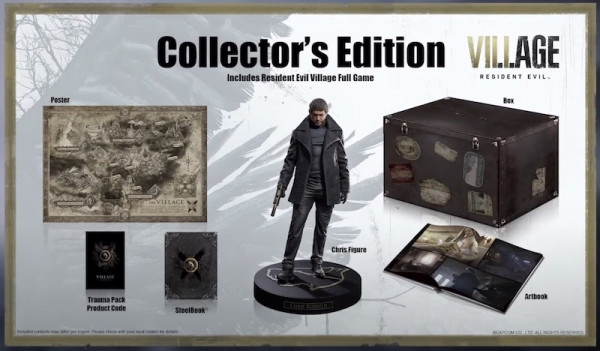 Much like Resident Evil 2 Remake and Resident Evil 3 Remake before it, the Collector’s Edition of RE Village contains some items that the diehard RE collector will definitely want — including a poster of the map to the titular village the game takes place in, the aforementioned Trauma Pack product code, a steelbook cover, a sample artbook, and the key item itself being a statue of longtime RE protagonist Chris Redfield. All of these come packed inside a chest that represents the storage boxes used throughout the series history, so it’s definitely the ultimate package for the ultimate RE fan.

If you want more info on the RE Showcase, check out the replay of the digital event here.

Resident Evil Village will be released for the PS5, Xbox Series X|S, PS4, Xbox One, and PC on May 7.