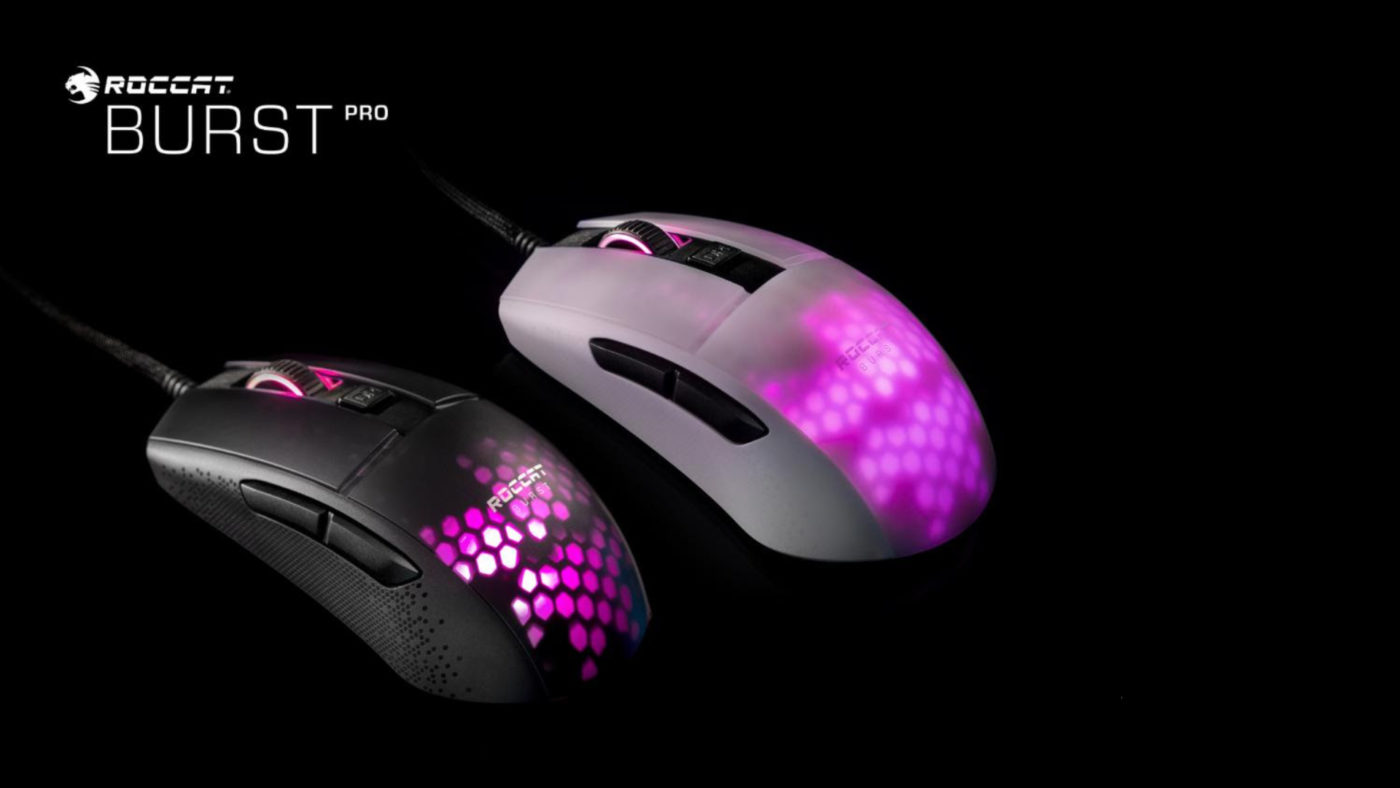 Roccat impressed us with their Vulcan Pro Keyboard, but now it’s time to take a look at their latest PC gaming mouse, the Burst Pro, packed with the latest technology, the Titan Optical Switch. Is it worth the price tag? Read on for our Roccat Burst Pro gaming mouse review.

A big thing that stood out with the Roccat Burst Pro was how simple, yet beautiful it looked. While the last gaming mouse I reviewed, the Mad Catz RAT Pro X3 Supreme opted for a outlandish Lamborghini look (which I loved), the Roccat Burst Pro instead takes a more comfortable, tamer look, one akin to a sexy Porsche 911. It’s simple by aesthetics with it’s curvy sleek casing, all matted with a single color (white or black).

While I’m not one to be fond of RGB lighting, I really do enjoy it’s use in the Burst Pro. Focusing on areas such as the scroll wheel and lower portions, there’s enough lighting to give it a real pop without being overly flashy. I also love how the left and right clickers don’t obscurely protrude like many other gaming mouse’s, giving it a very comfortable feel.

The plastic material used helps a lot as well, as it has a very nice soft touch with some sections of it lightly texturized for grip. The scroll wheel has some rubber grooving around it, though offers a satisfying near zero resistance movement with light click feedback. Coupled with it’s lightweight and PTFE feet covering, the Burst Pro is a pretty strong choice when considering comfortability and weight. Of course, as with any hardware review we do the biggest factor is how well the device performs.

Much like the Roccat Vulcan Pro Keyboard, the Burst Pro also features the latest in ROCCAT technology, the Titan Optical Switch. While there’s really no way for me test out whether or not it does indeed offer more clicks than the traditional, mechanical input device, one thing is certain, the Burst Pro is insanely responsive.

Upon connecting the wire USB hook-up to my PC and trying out the mouse, I instantly noticed some smooth free range motion. Offering three modes of DPi (programmable via Swarm application,) movement in games like Doom Eternal, and recently released Project Wingman all felt buttery smooth. 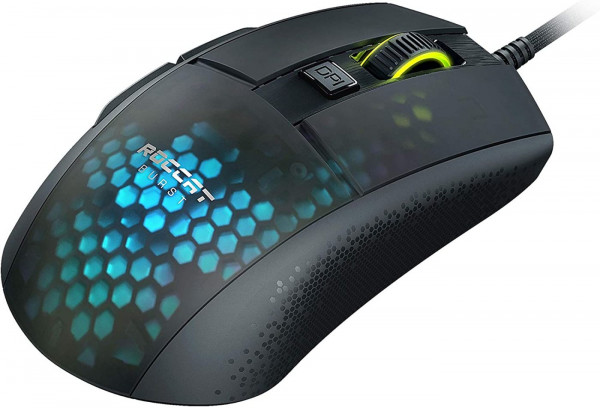 With Project Wingman I was especially impressed seeing that I usually prefer using a controller for flight games. Being able to easily roll and pitch my aircraft was a satisfying feeling. This isn’t to say that the sensor found in the Burst Pro is along the top of the line, but it did it’s job and showed no issues in my testing.

What I found most impressive, however was the input of the actually button presses. The Titan Optical Switch really shows here as presses felt far more snappier with near zero latency. In fact, during my testing I was pretty confident that presses were being well registered before the mouse even made a click sound. 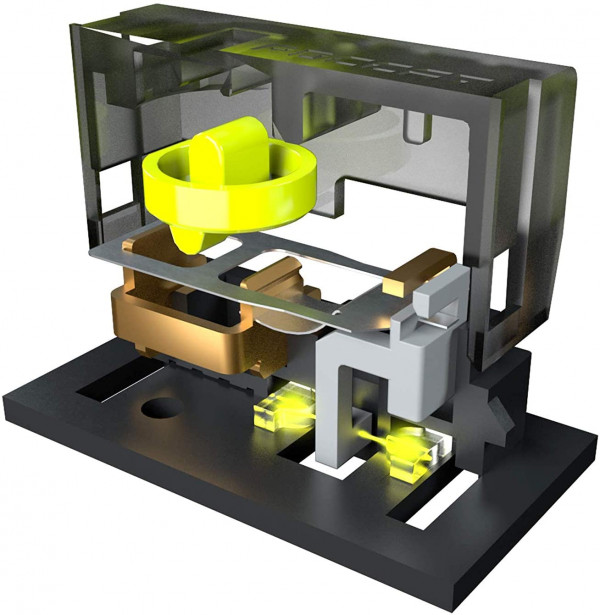 This is because Roccat has opted to use light (thus optical) instead of physical contact. This results in a more faster, responsive, and understandably, longer lasting experience that any PC gamer will certainly come to appreciate.

My only real nitpick is there doesn’t appear to be any additional mouse offering from Roccat  using the same technology. The Burst pro only has six  mappable buttons, which for MMO and strategy games this may not be the best mouse choice, despite it’s speed. We are sure there will be a newer line that caters to such market, but it’s an important detail for those looking to buy.

With it’s extremely light weight, sleek, ergonomic design, the Roccat Burst Pro is truly a premium feeling experience, all at a respectable price ($59.99). Outside of no additional hardware lines being available, there isn’t a whole lot to dislike, if any at all. It may not gloat itself around with all the flashy bells and whistles that many other mouse have, but it certainly does what it sets out to do.