Through a playlist update that went live earlier this morning on the PC version of Call of Duty: Ghosts, it appears that developers behind game may slightly goofed up a bit by revealing a number of peculiar map names that are currently not included in the base game.

According to reports from gamers who noticed the slip up, maps from what appear to be upcoming downloadable content packs were discovered within the Ghosts Moshpit playlist. Though it goes without saying that it was impossible to actually enter any of the maps, players were able to take a peek at map names like Dome, LUA_MENU_GAZA, Red River, Boneyard, Swamp, and Rumble 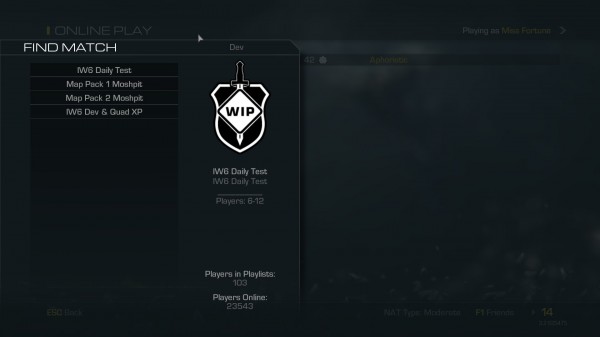 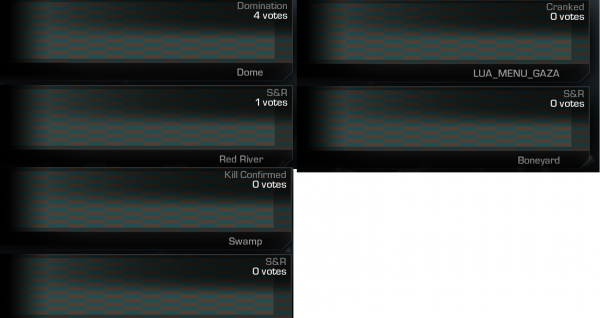 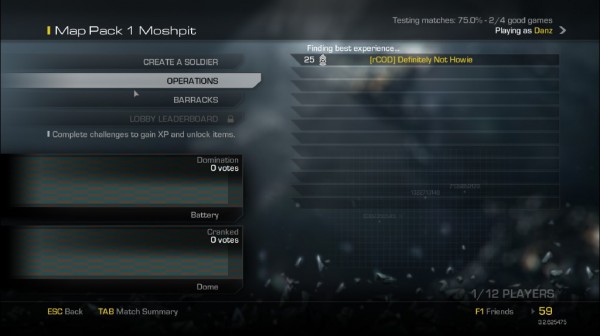 The playlist was corrected very shortly after the mishap, so you’ll no longer find the additional playlists in the PC version of the game.

Activision or Infinity Ward have yet to make any official announcements regarding Call of Duty: Ghosts DLC, so consider everything you’ve read a rumor until then. We’ll be sure to update with any additional info.

Get In On Call of Duty: Ghosts’ Next-Gen Double XP Launch Weekend Event