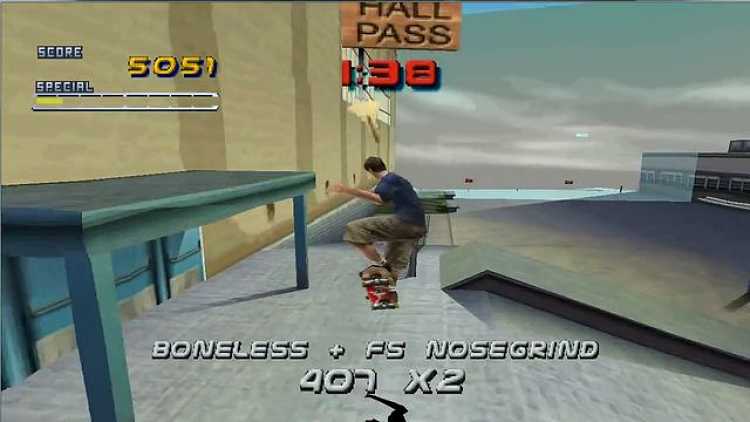 Those who were gaming during the ’90s will no doubt have fond memories of the Tony Hawk Pro Skater series of games by Activision. While the franchise slowly crumbled to its demise due to the publishers milking efforts that saw the quality dip lower and lower, a new rumor statest that a Tony Hawk Pro Skater remake is already being tested at Activision HQ!

Explanation of what I shared in my server: An Activision contact told me a week or so ago about how Tony Hawk Pro Skater 1 and 2 had demos/prototypes remade. They went around internally. I didn’t share before as I wasnt sure if they were being remade as full games, or just a test

According to Sabi, this rumor was also mentioned by another journalist, Liam Robertson, in his podcast, which corroborates what he knows.

I shared this info with just a few people, such as @GenosPapa. Interestingly, Liam Robertson just mentioned this info in his podcast, seemingly corroborating the info. Nobody seems to know if both games are being fully remade, or if it’s just a test for something else.

Note that these are unconfirmed info and as such, should be taken with a graint of salt. Also, the leaker even mentions that they themselves aren’t sure if this Tony Hawk Pro Skater remake are being planned for release, or just there for playtesting purposes.

My take? Given how successful Activivsion is with their Crash Bandicoot, Crash Team Racing, Spyro and other remasters/remakes, remaking a dormant franchise like Tony Hawk Pro Skater is almost a certainty (and Tony Hawk himself is good with that idea too). Let’s just hope that these are actually good, and not like the 2015 Tony Hawk Pro Skater 5 released on Xbox One and PS4.

Do you want to see Tony Hawk Pro Skater get remade? Maybe with added online functionality, more skater customization, no?