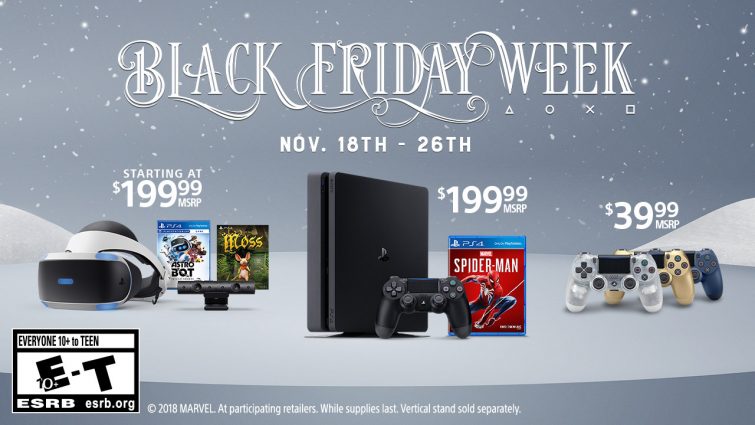 With Black Friday set to assault everyone’s wallets and common sense very soon, Sony has announced their own PlayStation Black Friday deals, and if you’re in need of some new controllers, or even want to take the PSVR plunge, you’re in luck!

Check out the trailer and see the list below. The PlayStation Black Friday deals will start this November 16 in the US, and November 22 in Canada.

Check participating retailers to avail of the deals mentioned above, and they’re only there until supplies last. More details are “coming soon” according to Sony.