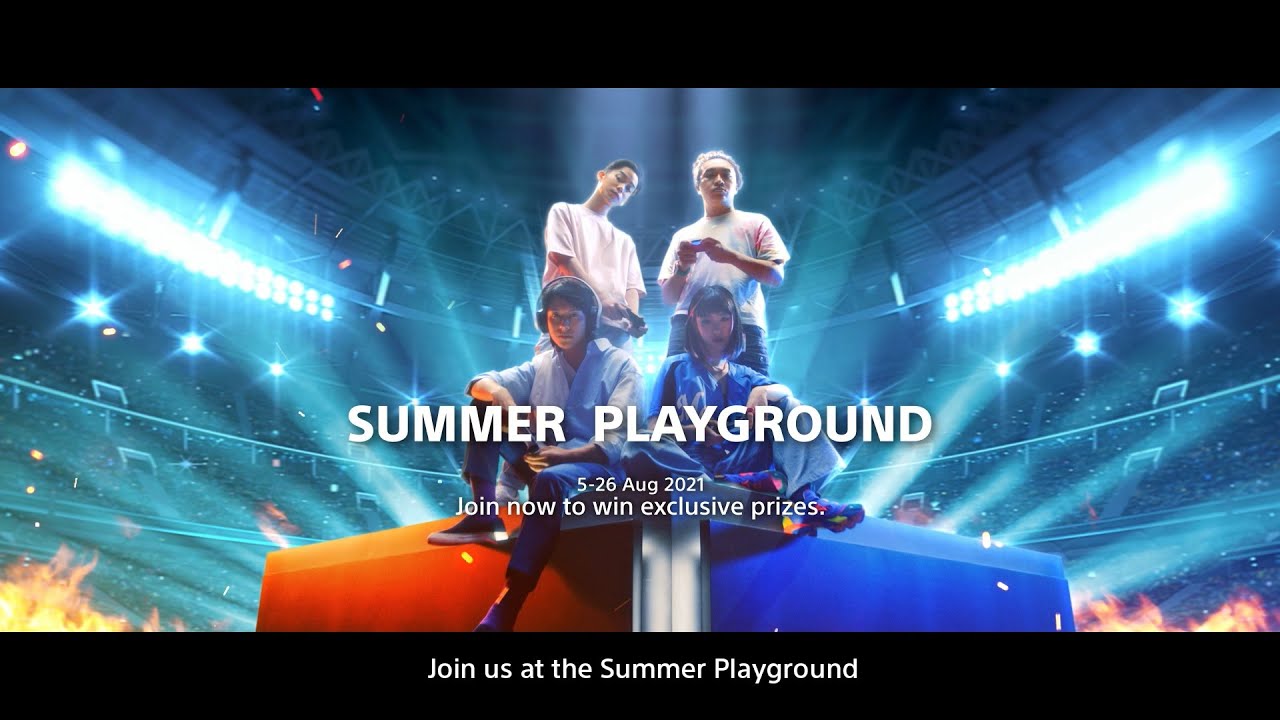 PlayStation fans in Asia, Sony has announced the PlayStation Summer Playground Challenges where fans can participate in order to win gaming accessories and more! Head on for the full schedule and details.

Check out the launch trailer and the complete info straight from the press release!

Summer Playground will be held from 5th to 26th Aug 2021. To participate in “Summer Playground”, entrants just need to sign in to their PlayStation™Network (PSN) accounts*3 on www.playstation.com and register at “Summer Playground” Official Website. Upon successful entry, each entrant will become part of a Play Marathon squad consisting of entrants from all participating regions (“Squad”). The Squad will play together to meet the “Squad Goal”. Each entrant will have a chance to win a set of additional prizes by competing the Individual and Trophy Challenge.

Join the squad and play to clock gaming hours. Once achieved the goal, everyone in the squad can receive an exclusive set of Summer sports-themed TORO avatars.

The Top 30 MVPs who play the longest hours in the selected sports titles (Selected Game List) in each participating region will be awarded with a PlayStation®Plus (PS Plus) 12-month membership.

For the Trophy Challenge, entrants can play any game titles of their choosing. The winners are determined by a Point Value system and the number of Platinum, Gold, Silver and Bronze trophies they earned respectively during the promotion period. The Top 3 entrants with the highest number of points in each participating region will be awarded with an exclusive money-can’t-buy G.O.A.T medal. These Top 3 winners and the next 30 winners of each region can also get PS Store voucher.

Hopefully, other regions and countries will get the same event soon, as this sounds like fun.

In other PlayStation news, Sony has sent out Gran Turismo surveys that are about mental well-being more than anything else, which is quite different.