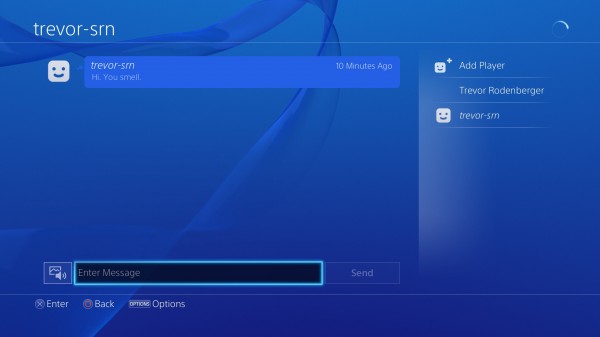 Just this weekend, we posted a big story wherein PlayStation 4 consoles were getting soft-locked by receiving a message. While we posted what the image looks like and even a workaround, it seems Sony has fixed this PS4 message glitch without needing a firmware update!

Over on Twitter, the official Ask PlayStation UK account (via The Verge) mentioned to a user that they’ve “fixed” the issue.

We’ve since fixed the issue, and it wasn’t bricking consoles, just sending them into a crash loop that can be quickly fixed in under 5 minutes. Delete the message on the PS mobile app, go into Safe Mode, use Option 5, console back to normal. ^DB

While Sony says it is fixed, some people on the PS4 subreddit community are saying that it’ll need a proper firmware update to really mend it. If it’s still happening and you know about it, don’t hesitate to email us at [email protected] so we can help spread the word.

In other, more positive, PlayStation news, Sony has announced that PSN username change feature is finally becoming a reality!