At a yearly company forecast and earnings report from 2020, in preparation for the next fiscal year, Sony Group Portal announced its record-breaking numbers of shipping 7.8 million PS5s and 116 million PS4s worldwide.

The Games & Network services of the PlayStation and PlayStation Network released their data, including software sales, which saw a significant 34% increase in growth. The increase in sales are credited to the software sales and additional contents, as well due to the release of the PS5 that contributed to hardware sales. 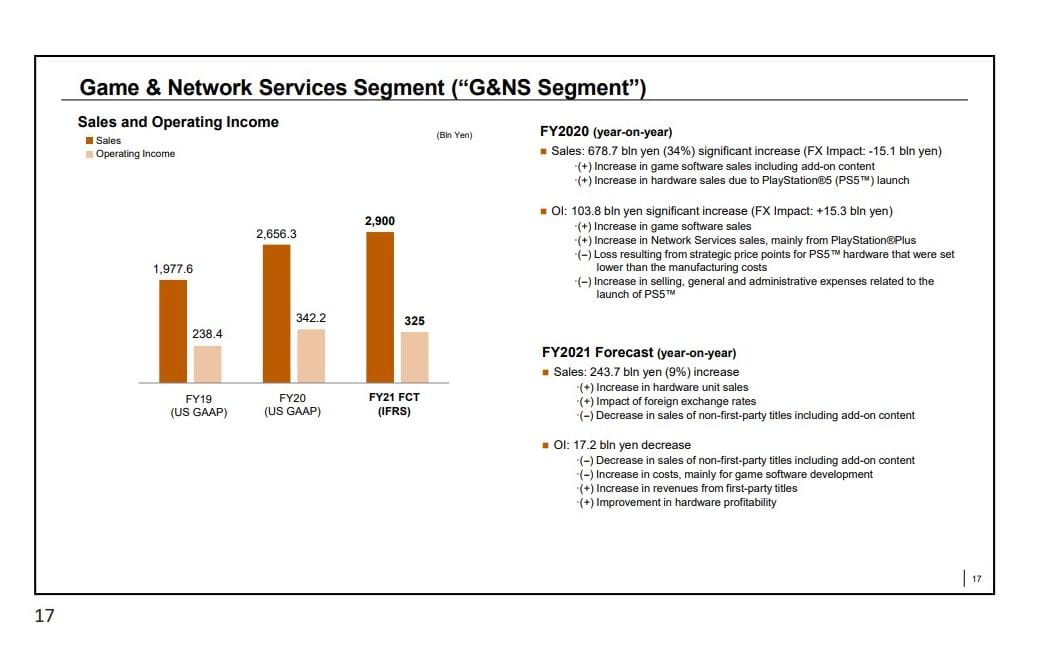 The 2021 forecast, however, shows Sony’s attempt to lower down cost as it sees possible improvements from hardware’s profitability. While the video game and entertainment giant predicts more sales at a potential rise of 9%, they have also taken into account the possibilities of increase in foreign exchange rates.

Sony was not spared from the effects brought by the global pandemic, however numbers have shown its continuous profitability with its new releases and players worldwide finding solace in gaming.