Originally targeted to ship alongside the PS5, it appears that Sony is now preparing to ship PS5 accessories earlier as confirmed in a new email sent to us directly.

In the email we received a bit ago for one of our pre-order PS5 accessory, Sony has moved the launch from November 12 to October 30. 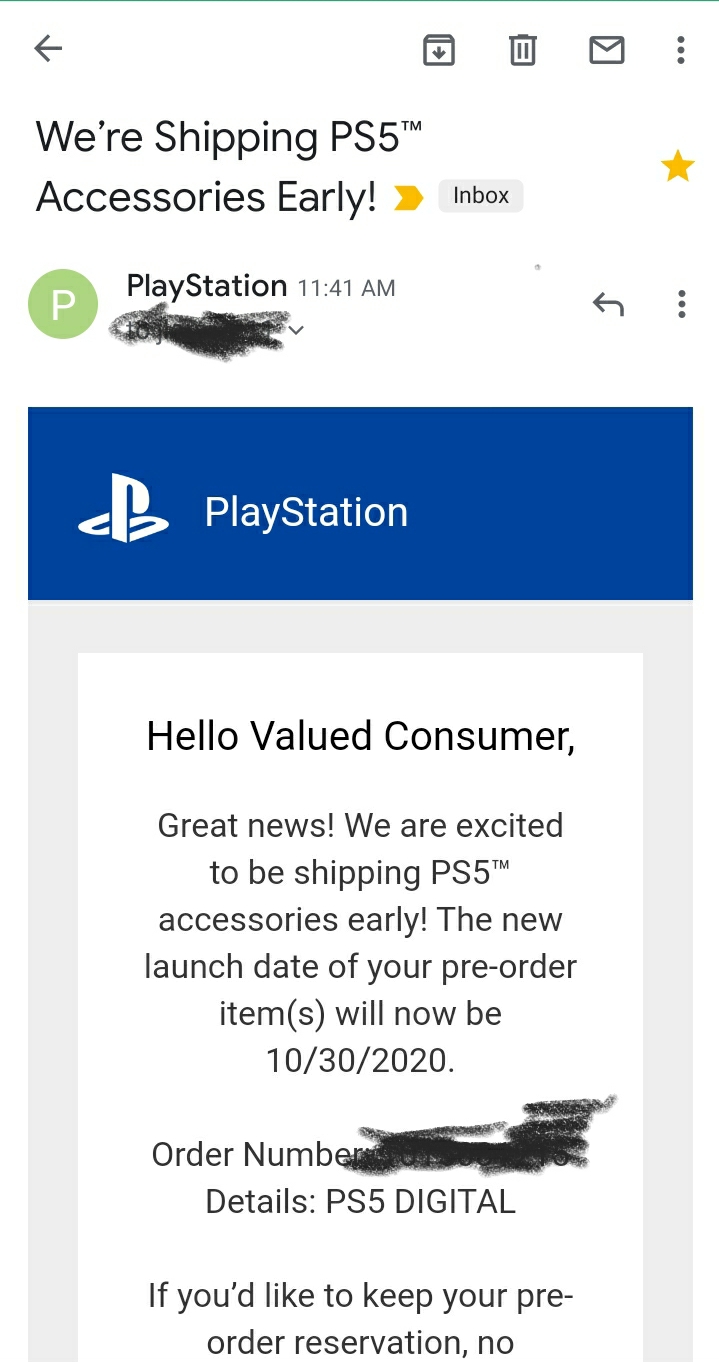 Do note that despite it saying that the order is for a PS5 Digital console, we double checked the number ourself to see that it was for the charging station that we ordered directly from the PlayStation website.

If you ordered any PS5 accessory, check your email as it should be shipping out earlier than the console itself.

In other PlayStation news, Sony has shown off the PS5 UI (user interface) today, and some of its new features! Check out the 11-minute video demo here. On the PS4 front, Sony released the PS4 8.00 firmware update yesterday, and it seems to be causing issues to a lot of gamers.