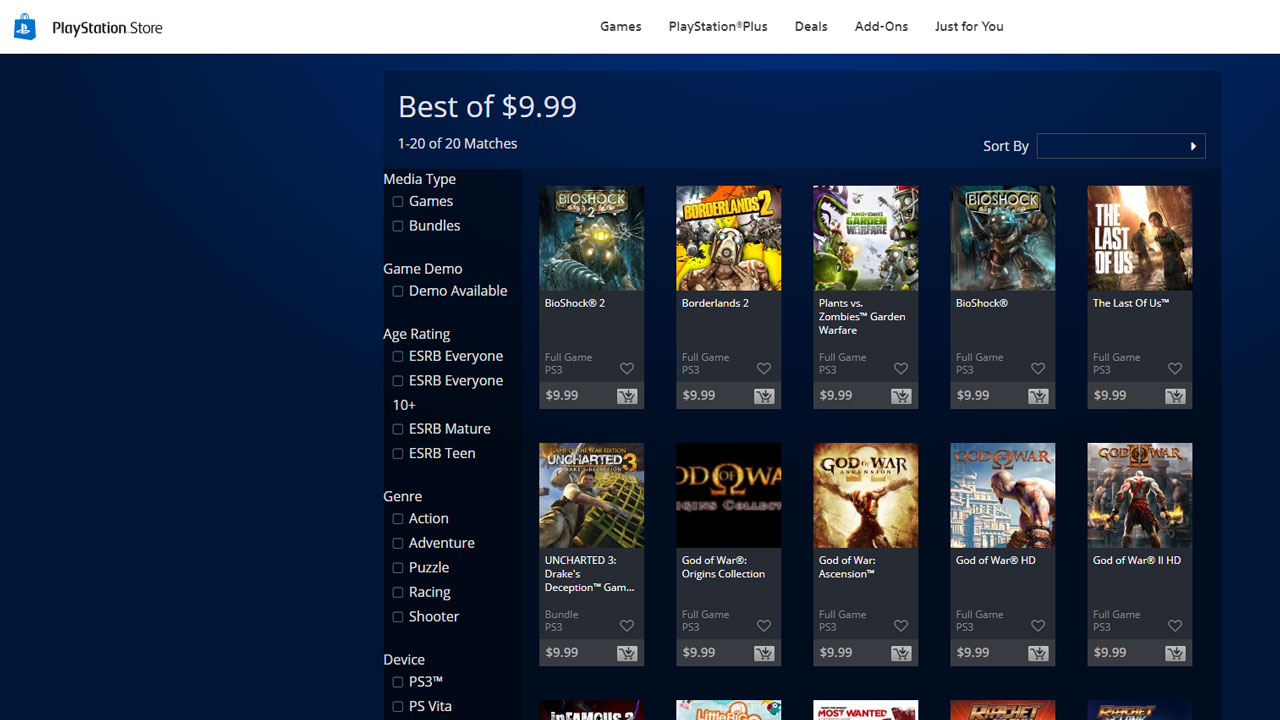 Looks like the rumors of PlayStation possibly removing its support of past generation systems may hold water, as Sony shuts down a browser version of the PlayStation Store — which was selling PS3, PSP, and PS Vita games.

According to a ResetEra post by a user called Raoh, there was an accessible browser version of the PS Store that allowed users to still buy their favorite PS3, PSP, PS Vita, and PSOne Classics titles. That has since changed as the moderators have updated the site and those are no longer accessible to anyone visiting right now.

Until yesterday March 27th, we were still able to access the old webstore through a link to make ps3-ps2-psp-ps1 purchases of digital games and DLC, but that is no longer the case. The link now redirects us to the new sucky white webstore that only includes ps4 and ps5 games and doesnt feature a proper download list or wishlist.

It seems that for now we are stuck purchasing ps3 digital games solely through the slow Psn store inside the ps3 console.

Hopefully we can find means to still access the old webstore, but right now there isn’t.
🙁

We previously reported the rumor that Sony was going to close its PS Store offerings for PS3, PSP, and PS Vita. This adds fuel to the reports that the service is going to shut down, and it also leads to speculation that Sony will find a way to honor legacy games with the recent patent the company made for awarding trophies via emulation of older games.