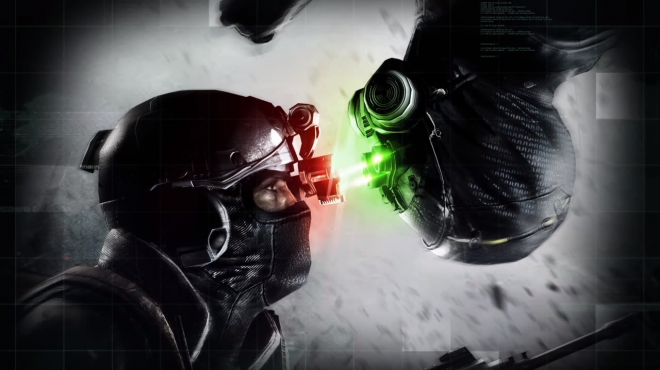 Ubisoft is is giving Splinter Cell: Blacklist fans a deeper look into the game’s exciting multiplayer mode, Spied vs. Mercs, which debuts this later this summer.

In part one of a small video series the studio is putting together for the game, Community Developer Zack Cooper sits down with Level Design Director Geoff Ellenor to get a unique perspective on gameplay strategies, philosophies, and loadouts from the Spies point-of-view.

It’s pretty cool because you get to see a full SvM mach in its entirety, so we recommend sticking around ’til the end.

Check back soon for part two, when Ubisoft will be putting the Mercs under the spotlight.

Splinter Cell: Blacklist is coming to the Xbox 360, PlayStation 3, PC and Wii U on August 20.