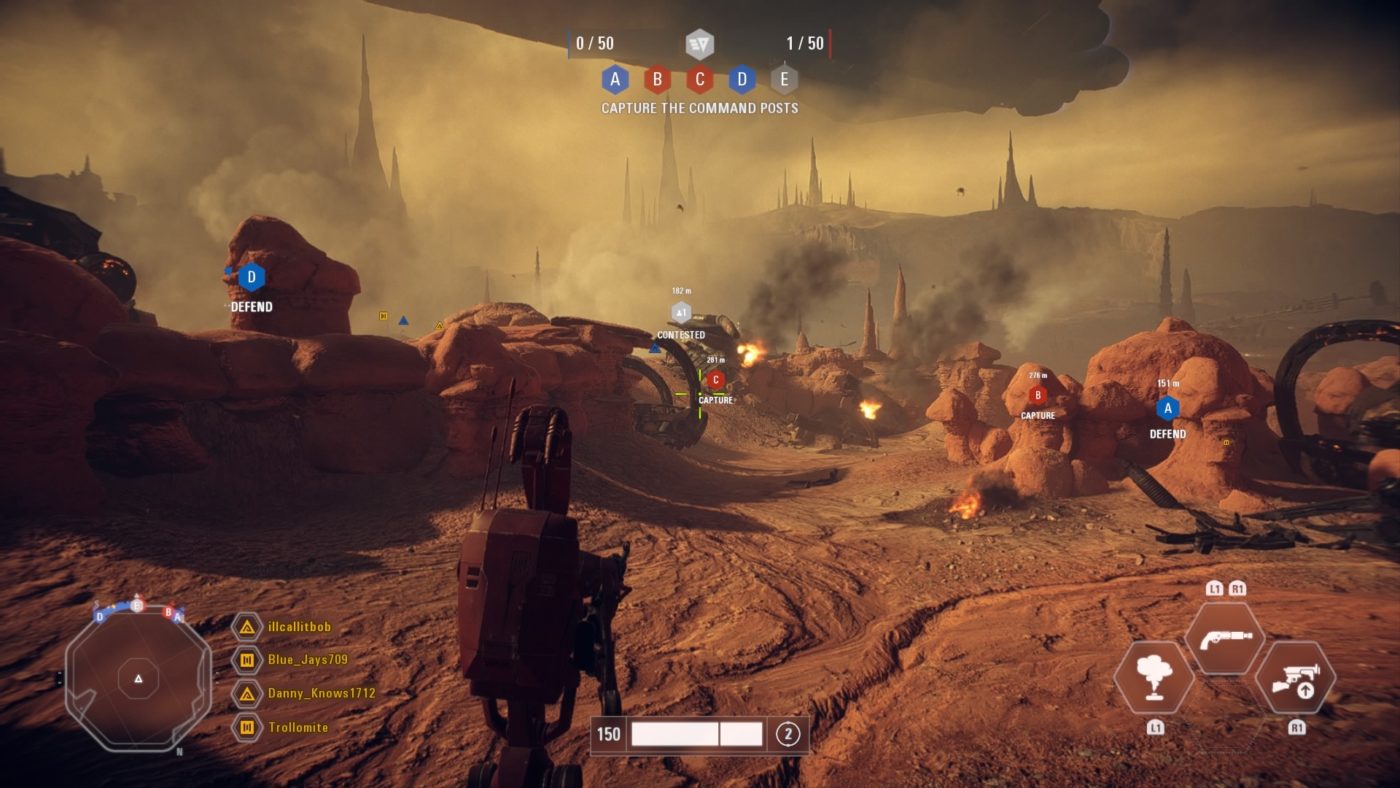 For Star Wars Battlefront 2 players who are wondering when the next content drop or gameplay fixes are rolling in, the wait isn’t long. DICE has announced that the Star Wars Battlefront 2 next patch is scheduled to drop in the first week of December, and there’s one more patch dropping after that as well, which will most likely be the last patch for the game for 2019.

Content Updates
There have been a few questions recently around content updates and just to reconfirm, the next update will arrive during the first week of December. The second update in December is scheduled to take place shortly after and will contain The Rise of Skywalker content.

All development is currently proceeding as foreseen, and everything is tracking well.

In addition to that, those who play Capital Supremacy might have noticed changes in the game, and this is DICE tweaking the game mode.

DICE has recently made the following Capital Supremacy changes:

For those who played the game mode recently, DICE is looking for feedback regarding it, and has the following questions:

If you want to be heard, check out the Battlefront 2 subreddit, or reach the studio via Twitter. Once we get patch notes or the latest Community Transmission, we’ll let our readers know.