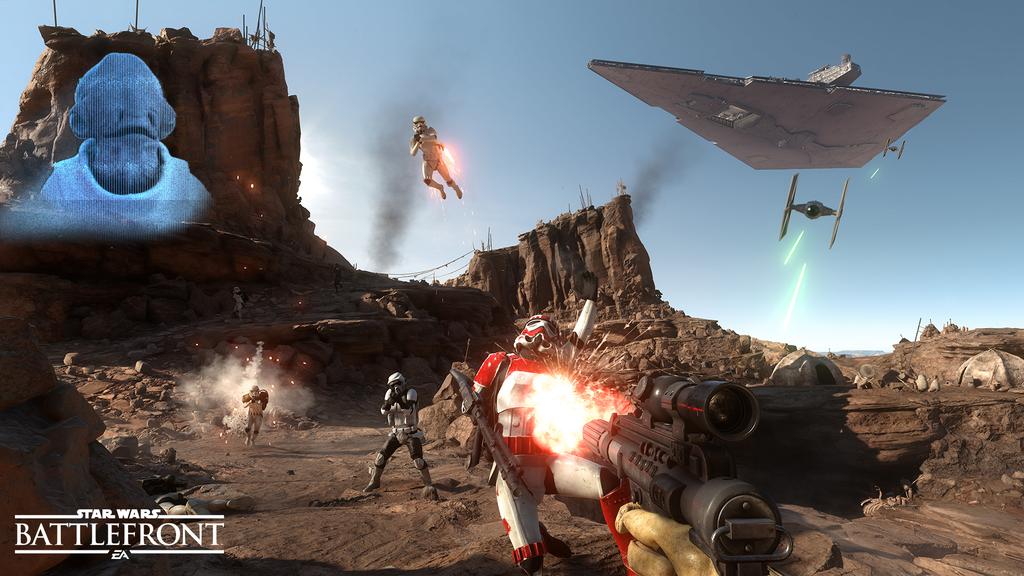 On Sony’s stage at E3 2015, Star Wars Battlefront developer DICE brought brand new gameplay footage of Battlefront Missions, which can be tackled solo, co-operatively online, or co-operatively through split-screen. On display in the trailer above is a Survival mission, one of several available in Battlefront, including Battles, where you and your buddies are supported by a team of AI, and Trials, where players learn new skills.

Earlier today, DICE opened their Star Wars Battlefront presentation at EA’s media briefing with a first look at Walker Assault gameplay on Hoth. You can watch it here if you missed it.