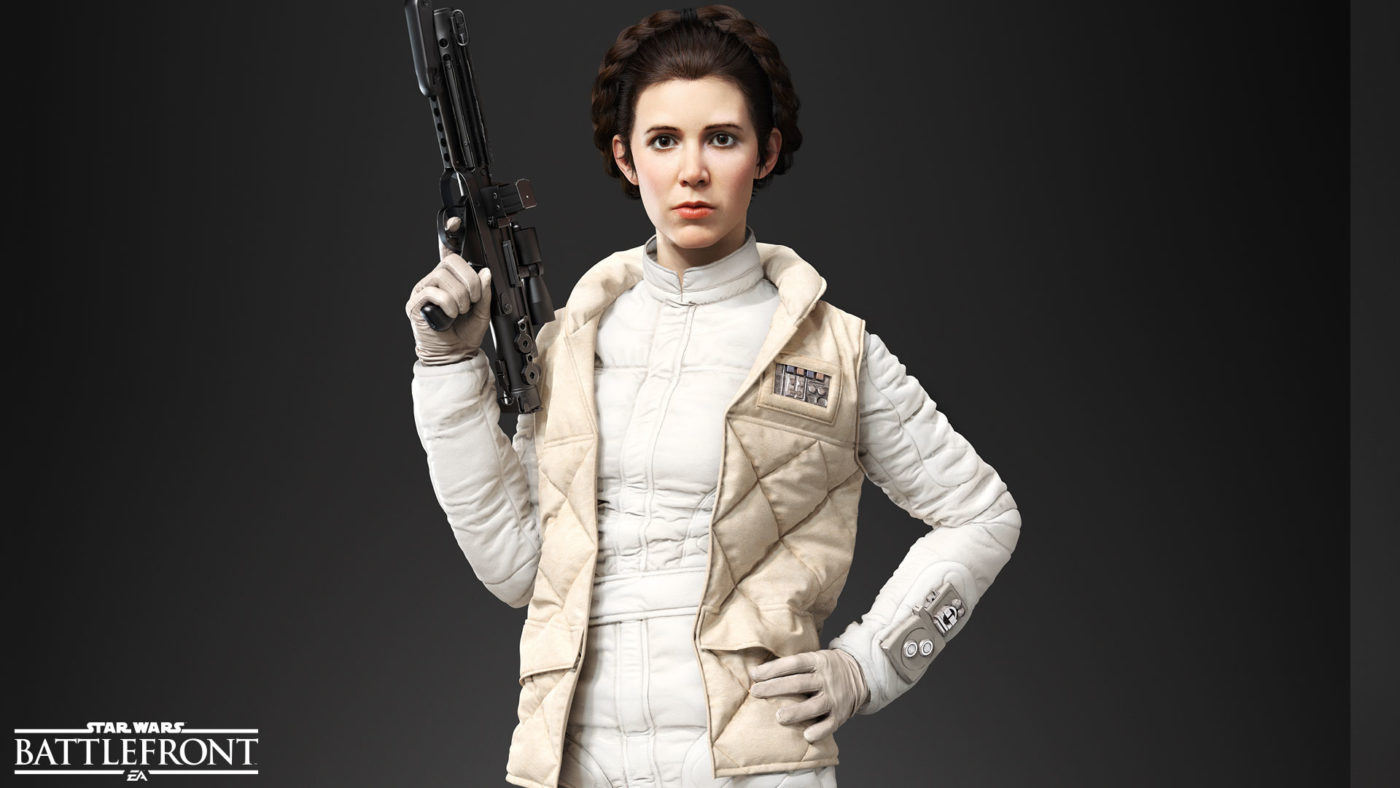 Electronic Arts has tweeted out a short video showcasing Princess Leia’s moves for Star Wars Battlefront II. The gameplay is accompanied by the words: “Be Rebellious. Leia Organa is a princess, a general, and a beacon of hope in the galaxy.”

Princess Leia’s inventory of moves include:

Find the full tweet from EAStarWars, along with the small gameplay snippet, embedded below:

Be Rebellious. Leia Organa is a princess, a general, and a beacon of hope in the galaxy. #StarWarsBattlefrontII pic.twitter.com/thDDcuSLF7

At the very end of the clip, Leia faces off against Darth Vader. Remember that, because the game spans across all three eras, Leia can also go up against Darth Maul and other big bads.

Pre-ordering Star Wars Battlefront II to get three days early access (Starting November 14), with the game set to launch for everybody else on November 17.

What do you think to the fragment of gameplay above? Do you look forward to filling in the shoes of Princess Leia? Let us know what you think below.

In other Star Wars Battlefront news, here’s a comparison of the Battlefront II Naboo Theed gameplay graphics vs the movie equivalent, Emperor Palpatine’s moveset has been detailed, and the Founder’s Crate contents have been revealed.