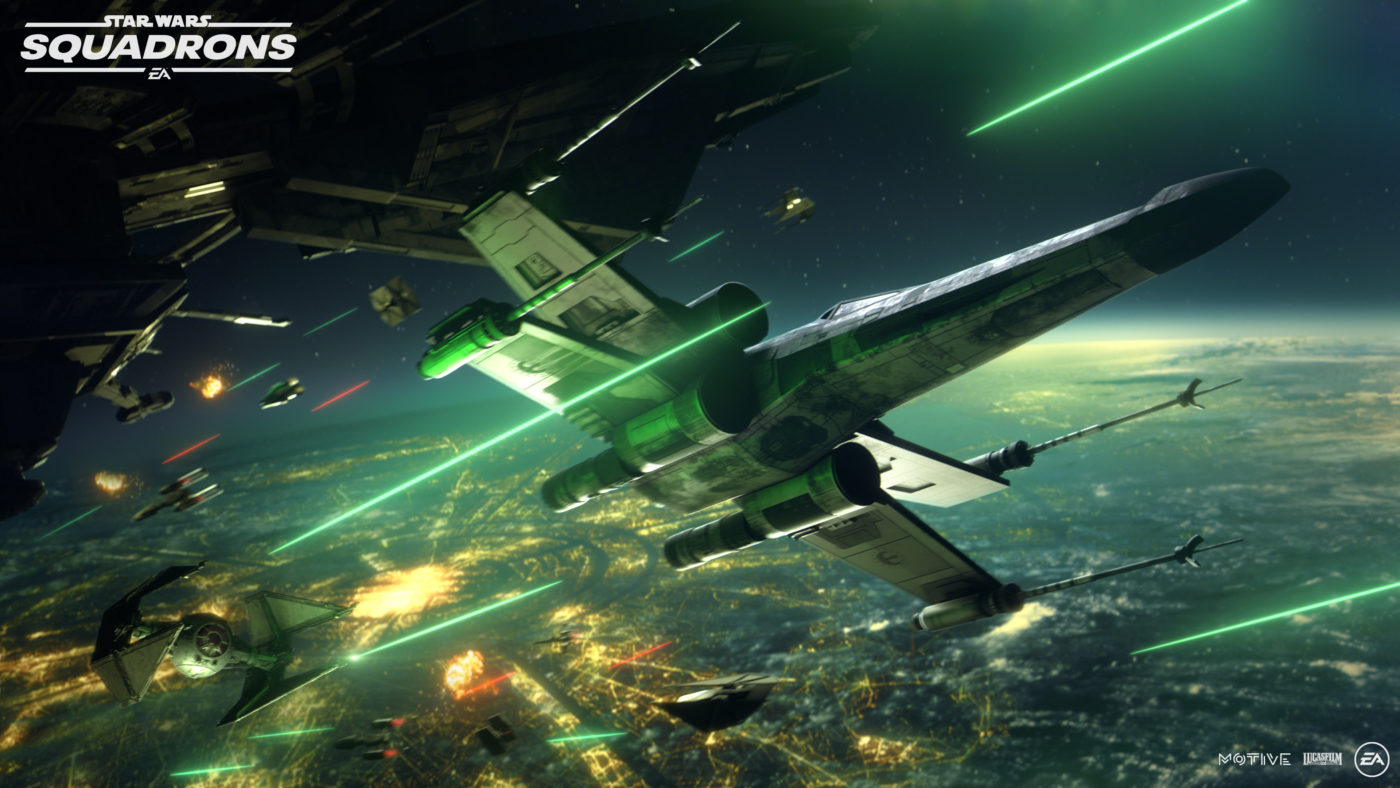 Just a few days ago, EA revealed our first look at Star Wars Squadrons gameplay. While we already know the game will feature both single-player and multiplayer, we now know a lot more about the other important stuff too!

For starters, we now know that there will be six Star Wars Squadrons maps available at launch, there won’t be any microtransactions and more. Over on Reddit, user ScorchRaserik posted a super handy FAQ that talks about flight sticks, being able to play in third-person and more.

It will! Virtual Reality (VR), joysticks, and hand on throttle-and-stick (HOTAS) control will all be supported for Star Wars: Squadrons. VR will be available for PS4 and PC, and players will be able to play the entirety of the game within VR.

Will there be an option to play in third person?

No, ship combat will be entirely in first person.

What ships will be available in the game?

How many maps will there be?

Will there be any microtransactions?

No, all progression and customization options will be earned through gameplay alone.

Will I be able to customize my ship/pilot?

Yes, your pilot will be cosmetically customizable, and your ship can be upgraded both cosmetically and through over 50 ship components that alter how your ships fly, fight, and survive. These customization options can be earned through gameplay.

What multiplayer modes are there?

There will be two modes. A simple 5v5 Dogfight mode, and a more complicated multi-staged Fleet Battles mode.

From the official press release:

Star Wars: Squadrons will also feature a single-player story that brings to life events following the Battle of Endor when the Rebel Alliance has successfully destroyed the Death Star II. Through the story, players will learn what it means to be a pilot as they battle from the alternating perspectives of two customizable pilots, one serving in the New Republic’s heroic Vanguard Squadron, while the other fights for the Galactic Empire’s fearsome Titan Squadron. The authentic story features a diverse cast of original characters, as well as some cameos from familiar faces in the Star Wars galaxy.

Aside from that, EA Community Manager Jay Ingram shared that there will be AI in Fleet Battles to make the gameplay feel more epic!

There are absolutely AI in Fleet Battles along with the players!

While six maps aren’t much, remember that Star Wars Squadrons will offer crossplay at launch, and will only be $39.99. Mind, EA Motive hasn’t ruled post-launch content for the game as well given it isn’t a live services title.

This isn’t something we are building around a live-service strategy. It’s built around a game that is complete and great in its own right. That’s not to say we will never add anything, I guess we could, but it’s not presented as a live service.

Star Wars Squadrons will launch this October 2 for the PS4, Xbox One, and PC. It will support PSVR and VR for PC at launch, too.

Free Injustice: Gods Among Us Ultimate Edition Download Available for PS4, Xbox, and PC Until June 25