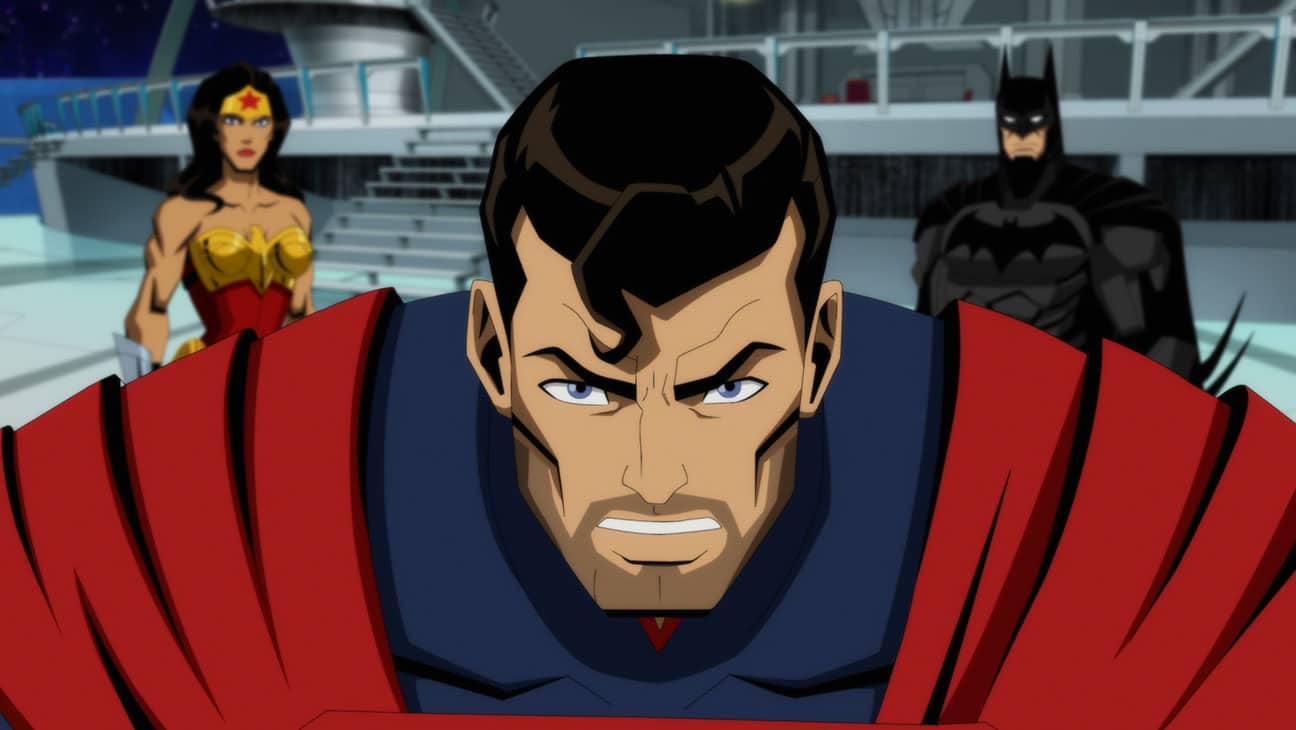 One of the most critically acclaimed fighting games released in the past few years finally gets its DC Universe Movie treatment. See how Superman becomes a tyrant in the first Injustice animated trailer.

Here’s the trailer — which is based on the Warner Bros. Games and NetherRealm Studios Injustice fighting game series but charts its own unique path in telling the story.

Featuring numerous voice talents that include Justin Hartley as Superman, Anson Mount as Batman, Laura Bailey as Lois Lane, and Kevin Pollak as The Joker, the animated Injustice movie is not a straightforward adaptation of the 2013 video game — but it takes the same premise of a Superman going mad and taking over the planet and Batman leading an insurgency to fight back against the Man of Steel. Here’s the official synopsis of the film below from IMDB.

On an alternate Earth, the Joker tricks Superman into killing Lois Lane, which causes a rampage in the hero. Superman decides to take control of Earth, Batman and his allies will have to attempt to stop him.

We reported about the Injustice movie getting the greenlight from Warner Bros. a few months back. Expect the animated film to be out this coming October 19!