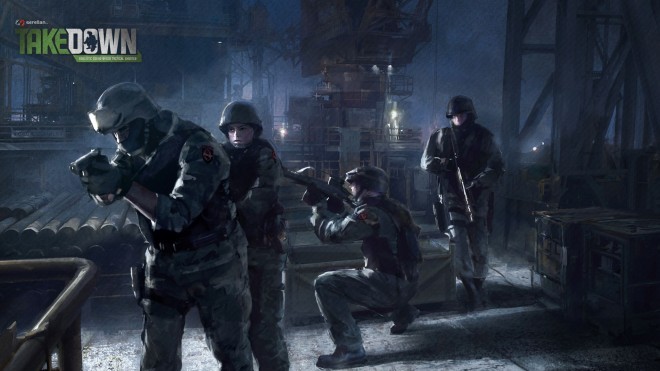 Serellan founder and former Ghost Recon creative director Christian Allen has announced today that the team’s successfully funded Kickstarter project, now named Takedown: Red Sabre, will be published by 505 Games in order to provide a global release for the title.

The project recently surpassed $200,000 in funds, at which point the original name of Takedown was changed to Takedown: Red Sabre, a shooter based on realism and tactical gameplay in the style of older Rainbow Six and Ghost Recon titles.

Takedown: Red Sabre is a community project, one of the latest to be born out of Kickstarter, and the team at Serellan have already garnered a significant following,” said Head of Global Brand for 505 Games Tim Woodley. “Our role in this partnership is to preserve and encourage the team’s direct dialogue with the community while ensuring we leverage our global presence to grow the audience, amplify the buzz and maximise the potential we and the community of early evangelists believe that Takedown: Red Sabre has.”

Christian Allen commented, “We are extremely pleased to be able to let our Kickstarter community know that their early faith in the Takedown dream will be rewarded with a global campaign from a committed partner who consistently launches successful global campaigns from IL-2: Sturmovik to Sniper Elite V2.”

Our last peak at Takedown: Red Sabre came in the form of a batch of images of the game in development. You can view them for yourself right here.

You can also check out Christian Allen’s original pitch for the title right here.

Takedown: Red Sabre will be released on multiple platforms this year, 2013.