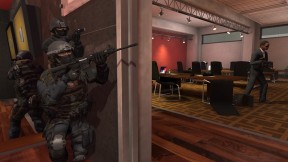 News 12 A shooter that takes the genre back to its hardcore roots, Takedown: Red Sabre launches on the Xbox 360 today after a five month delay from its PC launch. In Takedown: Red Sabre, Serellan Studios aims to bring back gamers to an era when shooters required teamwork, tactical thinking, and more thoughtful movement. Players will […] 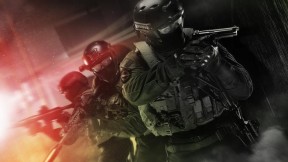 News 10 Serellan’s tactical first-person shooter Takedown: Red Sabre is coming to the Xbox 360 Friday, February 21. After a nearly six-month delay, publisher 505 Games announced today that the shooter is finally getting the green light to launch on Microsoft’s previous-generation platform. Takedown: Red Sabre launched on the PC last September, 2013. Keep an eye one […] 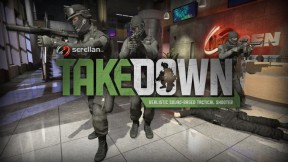 News 2 Takedown: Red Sabre, the tactical, team-based FPS from Serellan studios, launches today, but only on Steam. Originally planned to launch on both Steam and the Xbox Live Marketplace, the studio recently had to announce a delay for the XBLA version due to some unforeseen bugs which were spotted at the last minute. In a forum […] 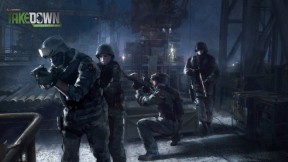 News 7 Looking to classic PC shooters like Rainbow Six and Ghost Recon for inspiration, Serellan Studios hopes to bring back the more unforgiving, tactical and team-based FPS gameplay of old with their upcoming PC and Xbox Live Arcade title, Takedown: Red Sabre. Giving you a better look at some of the more team-oriented aspects of the […]

News 12 Takedown: Red Sabre creator Christian Allen is back with some more how-to’s on his upcoming team-based, tactical FPS launching on PC and Xbox Live Arcade this Friday, September 20. Last week, Allen talked about weapons handling and bullet penetration in a series of short gameplay videos. If you missed out, you can catch up right […]

News 23 Takedown: Red Sabre, a so-called spiritual successor to games like Rainbow Six and Ghost Recon, will be making its way to Steam and the Xbox Live Arcade this September 20 for $14.99. Red Sabre is an unforgiving take on the first-person shooter genre that harkens back to classic PC shooter games that favored strategy, tactics […] 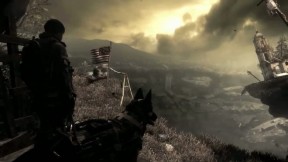 News 63 That Call of Duty: Ghosts will include a dog as an important member of your squad throughout the game’s single player campaign has a number of fans, and even other game developers scratching their heads. Developers of the upcoming tactical shooter TAKEDOWN: Red Sabre, Serellan studios, have joined in on the mockery and have even […]

News 9 Serellan founder and former Ghost Recon creative director Christian Allen has announced today that the team’s successfully funded Kickstarter project, now named Takedown: Red Sabre, will be published by 505 Games in order to provide a global release for the title. The project recently surpassed $200,000 in funds, at which point the original name of […]