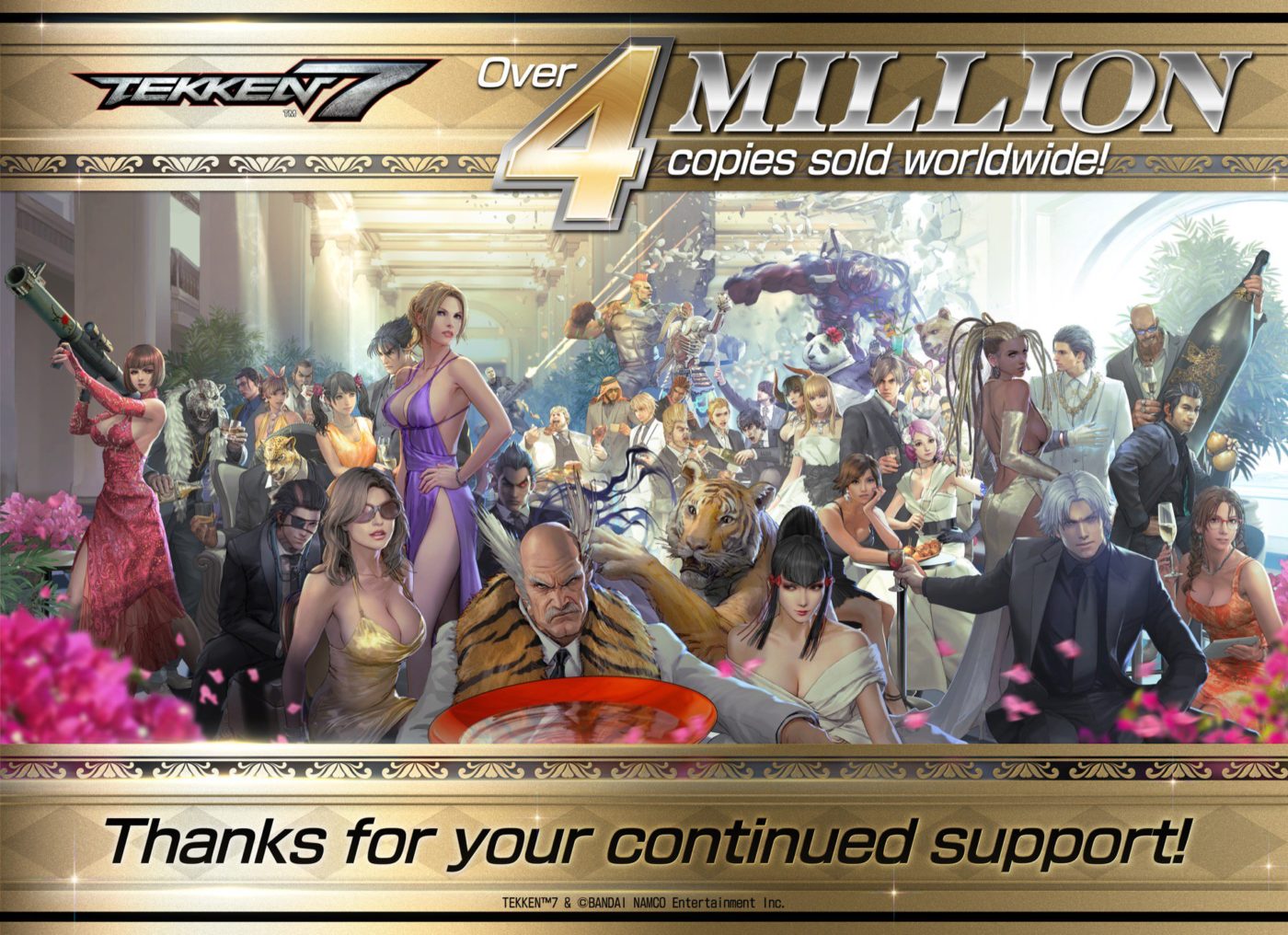 Bandai Namco, developers of the Tekken franchise, have reported that the Tekken 7 player count has reached over four million. This massive milestone for the game shows just how popular the fighting series continues to be with both hardcore series fans, and new players alike.

The Tekken 7 player count reached the three million mark in October 2018, and now that number of players has increased even further by over a one million more players. In a Tweet through the official Bandai Namco US Twitter account, the developer thanks players for their continued support.

Tekken 7 launched in March 2015, topping two million players more than two years later in October 2017. It’s interesting that the Tekken 7 player count has increased by roughly 1 million people each year since the game came out, indicating that Bandai Namco are doing everything right in order to foster a positive and engaged community.

Fighting games can have a short life span in the eyes of players if they aren’t well supported by the developer. The Street Fighter series is a shining example of how to foster a positive fighting game community, with professional tournaments, in-game events, and a steady stream of new characters.

The Tekken 7 player base has a number of competitive tournaments that host pro eSports players in the fighting game scene. The game even saw the addition of Negan from The Walking Dead universe earlier this year, a character who is arguable unsuitable for the series, but was added because Bandai Namco want to please their fans with big surprises and crossovers.

It’s unlikely that The Tekken 7 player count will increase to 5 million by October 2019, unless some truly special content is added.

To stay up to date on the number of people playing Tekken 7, and everything else Tekken, stick with MP1ST.