Anthony Burch, lead writer of Borderlands 2 has recently leaked details of the fourth campaign DLC, expected to arrive sometime before the end of June, a couple of  hours ago on twitter. Though since removed, the tweet contained an image of the new campaign.

Which, luckily for you, we managed to snag a pic of the accidental leak that you can see below: 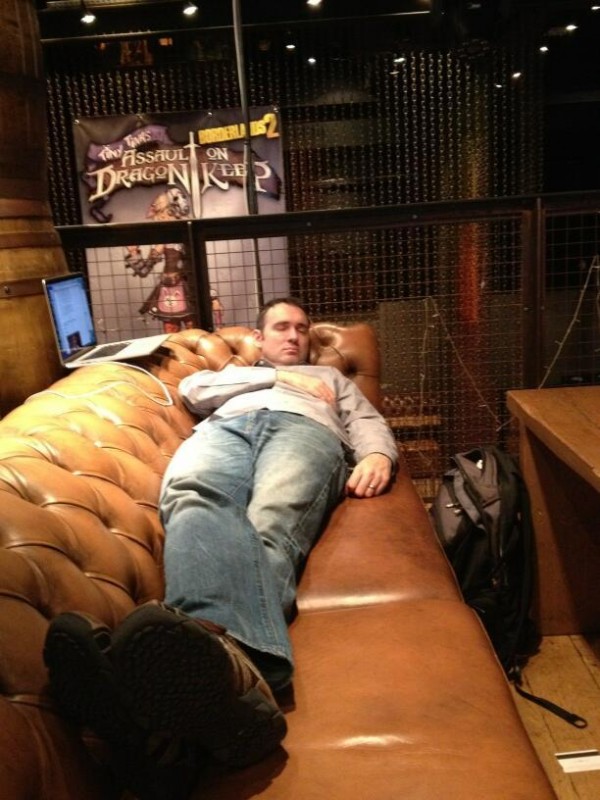 So there you have it folks, the fourth campaign DLC for Borderlands 2 will indeed be titled “Tiny Tina’s Assault On Dragon Keep.” It looks like it will give us a good reason as to why the mysterious ‘Thar Be Dragon’s‘ map, that can be seen near the chest in Captain Flynt’s ship, was included into the game.

Gearbox has confirmed that Tiny Tina’s Assault on Dragon Keep DLC will be available on June 25th for Xbox 360, PlayStation 3 and PC users for $9.99 or 800 MS points, free for season pass holders.

According to IGN, “the add-on revolves around a game of Bunkers & Badasses — Pandora’s version of Dungeons & Dragons — led by Tiny Tina.” You’ll experience the game as Tina narrates the action. She’s even able to tweak parameters like boss attributes, location details, characters and more on the fly.

Now that we know the title of the upcoming fourth campaign DLC for Borderlands 2, what do you hope it might include? Let us know in the comment section below!