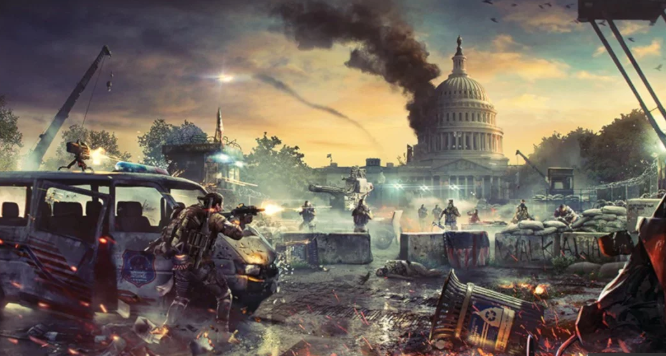 While we already know what’s set to come to The Division 2 players in terms of free content for the player base’s first year, Ubisoft has also given us a rough outline of what to expect in terms of endgame content.

If that’s not enough, we just have the thing for those who want to make sure they’ll be playing the game well past hitting the current level cap of 30! During yesterday’s State of the Game livestream by Ubisoft Massive, the studio has spilled the beans when it comes to The Division 2 endgame info and progression! While you can watch the video below (it starts 13:15 in), you can also check out the condensed version below thanks to Reddit user masterofchapter!

World Tier 5 – There’s a mission that will come shortly after launch that, upon completing it, will unlock world tier 5. – Similar to world tier 4 (all of those activities still available), but with tougher enemies, better gear, better drops. – Sounds like more coming too. They didn’t want to spoil it all. OTHER INFO REVEALED

Gunrunner – Cassie Mendoza is the gunrunner (keeps stock for a week, stock consists of at least one named weapon and serious equipment) – She shows up at World Tier 1 – She doesn’t spawn until you find the snitch, who spawns her – She can be spawned every day and a half (so that time zones are accounted for) – Her guns scale to the world tier you are in Snitch – The snitch has a deck of cards related to named bosses in the open world – Each suit represents a faction, the royals of each faction are harder/more outlandish – There are 52 named bosses in the open world, for reference, The Division had 15 named bosses – Once you’ve killed them, you can’t encounter them again until you’ve completed all 52 – They each have great loot on them – If you complete collections, you get commendations and drops Bounties – World Tier 4 brings in a new bounty system – priority target network. – This involves an interconnected set of 7 bounties inside of different zones of the map. You get hard ones that unlock another one (and so on). Bounties move from “hard” to “challenging” to “heroic.” – There are daily (up to 4) and weekly bounties. – The loot is always strong, but rarer for weekly bounties. – The bounties are generated using a set of rules, so infinitely varied. Not random, have a logic, but you shouldn’t ever see two exactly the same.

That’s a lot, no? There’s also the Year 1 Pass which players can buy. Here’s what’s in it.

The Division 2 will launch this March 15 on the PS4, Xbox One, and PC.

Battlefield V New Reinforcements Available and Here’s What They Are