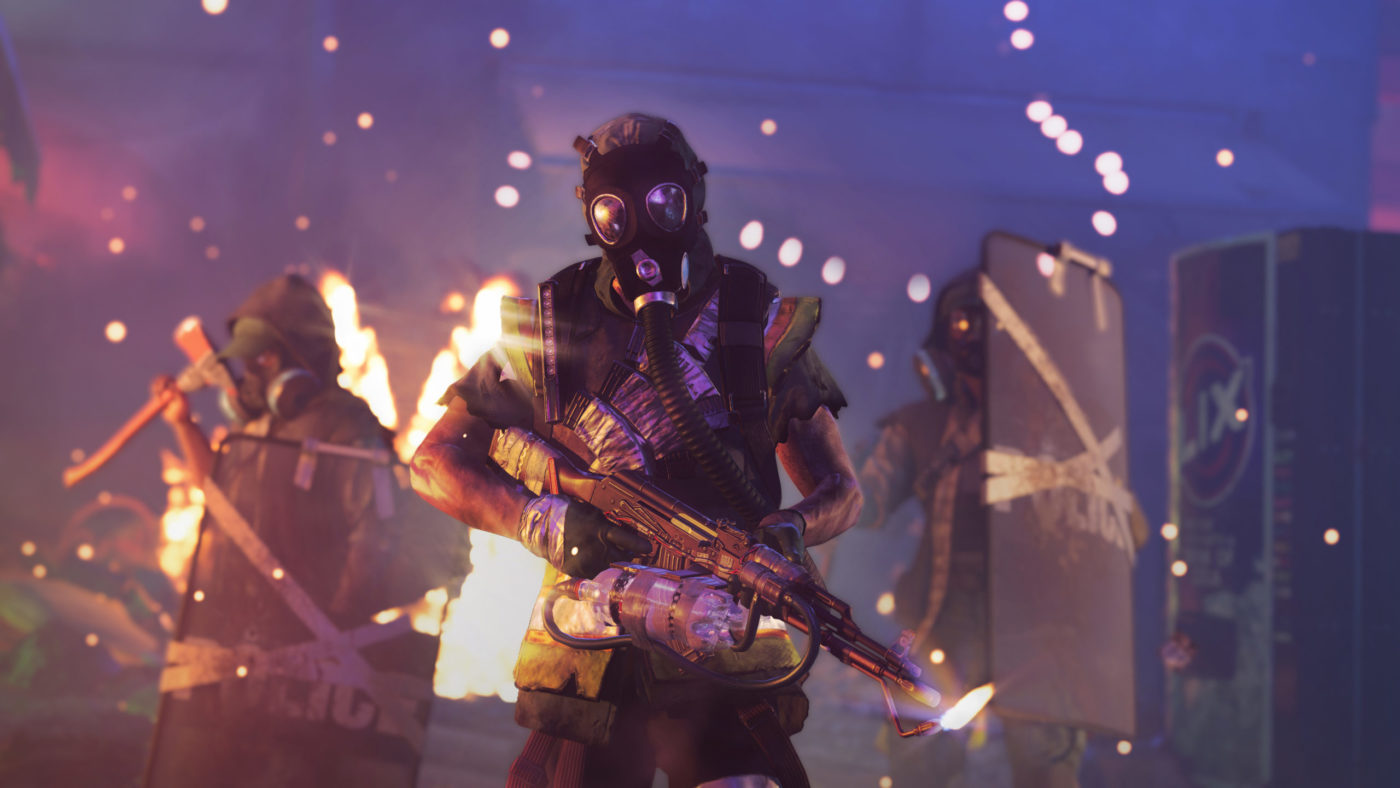 In yesterday’s State of the Game developer stream, Ubisoft Massive talked a bit about some of the content coming to Episode 3. We already know the missions and other stuff, but there’s a lot more included in this free DLC.

As Seen in the trailer, the Honey Badger will be added to the game as a normal weapon.

The new Exotic is an assault rifle that revolves around three buffs. These buffs are not exclusive, so you can build them up at the same time and then it is all about timing to activate and stack all the three buffs.

It also changes its color depending on your environment and the source of the weapon is a surprise as of now.

The basic idea about the Firewall Specialization is to go up-close and personal. Obviously, the flamethrower has a limited range (about 15 meters) and that feels quite close in the game, but there are also some very cool synergies with the Skills.

The Firewall is equipped with the K8-JetStream Flamethrower Signature Weapon. The Flamethrower ensures that you can take on enemies up close by firing an arc of flame dealing fire damage and applying the burn effect to enemies caught in its radius.

The new Striker Shield Variant will also give the allies that are taking cover behind you a damage buff depending on how many enemies are in a cone in front of you. So basically, when you have the shield equipped, you see a cone on the ground and the more enemies you have in that cone, the bigger the damage buff is that your allies get.

This can, of course, be combined with the team buffs, that give your team members in close proximity a damage buff.

The assigned handgun is a double-barrel shotgun that applies a debuff to enemies that increases the flammability.

This becomes especially useful when you encounter enemies that are immune to burn. One-shot and they can be lit on fire with any tool in your arsenal.

The dedicated grenade of this Specialization is the “Cluster Grenade”.

The Cluster Grenade launches mini grenades that detonate in a large area of effect.

The dedicated weapon mod is a Tactical Short Grip for the underbarrel slot and it gives +10% Critical Hit Damage.

Since the whole concept of this Specialization is about close encounters, the Armor Kit also supports that by giving you constant healing over 10 seconds:

The dedicated Armor Kit of this specialization recovers 200% armor and 200% health over 10 seconds.

Similar to the Special Field Research for previous Year 1 Specializations, you will need to take on five stages of in-game challenges that each have their specific set of objectives and rewards. Once you have completed all the stages, you unlock access to the Firewall Specialization, adding the K8-Jetstream Flamethrower to your repertoire of powerful Signature Weapons.

If you own the Year 1 Pass, you will instantly unlock the Firewall Specialization. You still have the option to take on the Special Field Research, but as you progress through each stage of challenges you can unlock additional, exclusive cosmetic rewards such as the Firewall Safety Helmet, Shirt, Pants, and Mask. Additionally, you can collect the Caldera and Basalt Weapon skins, Lava Lake and Tremor Gear dyes and the Mundane Signature Weapon Skin.

That’s a lot to take in, no? Episode 3 will drop sometime in February according to Ubisoft. In addition to Episode 3, Ubisoft has already relayed some of the changes they’re bringing to the game after the big content drop.