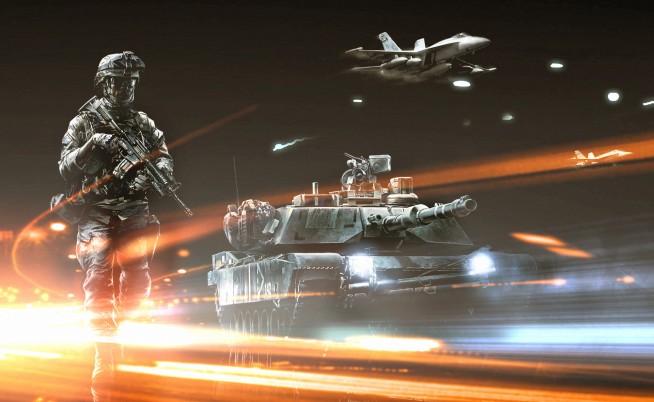 So, what’s the state of Battlefield 3 after the recent PS3 and PC patches? Besides many, many good things, PS3 servers are selling like mad, input lag is ‘sort of’ fixed, the MAV is still ridable, a few PC glitches, and the Xbox 360 patch is still nowhere to be found.

Since the recent PS3 patch, the Battlefield community has been hard at work discovering what unadvertised tweaks came along with it. Luckily, with the help of many community members, we’ve been able to compile a list of unannounced PS3 patch notes. Of course, these notes apply to the PC and upcoming Xbox 360 patch as well. Luckily, PC members were also treated to some nice commo rose and mini map changes among many other things. Read here for a full list!

Along with the PS3 patch came the ability for users to rent private servers. You can check out the full list of prices here. Some frequently asked questions surrounding these servers include: Can server owners give admin rights to another user? Are servers region locked? Where are all these servers? To these questions, Global Community Manager Daniel Matros has the answers. Well, sort of. According to Matros, “indeed you can” give admin rights to another user if you are the server owner. Unfortunately, he has “no clue about Sony region locks. You will have to ask Sony as it is their platform.” [We will update when we can.] As for where all the servers are, “PS3 Servers are being rented like this was the last day on earth,” according to Matros. He also added that as of this morning, DICE has “now increased the number of available servers to rent on PS3. Expect more increases to follow shortly.” A few hours later, “another big batch of available PS3 servers to rent now available in addition to this morning’s increase.” That adds up to two increases so far so hopefully PS3 users will be able fo find servers more easily.

For more information regarding how to rent servers, including a FAQ and Xbox 360 pricing, check out the official Battlefield 3 webpage.

Many know by now that the infamous MAV glitch seems to have not been fixed in the latest patches. At least, not entirely. While players cannot stand on the MAV to raise themselves to higher platforms, it is still possible to lie prone in order to accomplish the same effect. Matros admitted, “yes, Mav fix failed. We will have to make a new fix.” Similarly, Halling mentioned, “we know MAV riding still can be exploited. Admins: I will ban players doing this on servers I admin, suggest the same until fixed.” In fact, he added that “MAV exploiting is against the rules of conduct. You shouldn’t be suprised if your stats are wiped after being found MAV exploiting.” He continued, “using the software in wrong way is baked into the agreement you accept when installing.”

Also still prevalent in the PS3 version of Battlefield 3 is traces of input lag. Though results have been mixed – some reporting improvements, others not so much – DICE claims to still be hard at work looking for solutions. Matros told his followers “we’ve released a fix [the option to turn of AA] that smoothens it for most players. Still working on it though.” Our friend, “TheEnd” was able to povide a quick demonstration of the current state of input lag on the PS3 that you can check out here! Hopefully we’ll hear more of this soon.

Update 1: As ‘Dean’ mentioned in the comments below, Jet heat seekers seem to have been rendered ineffective since the patch. You can check out a video of the PS3 version here.

PC users will also notice a few unadvertised changes to their version of Battlefield 3. One in particular that was revealed by Web Software Engineer Elton Muuga, was the inclusion of a squad privacy function. You can view an image of it here.

Unfortunately, the PC patch did not come without its shortcomings either. Some have been reporting glitches such as the one demonstrated here. Matros assures fans,”we’re reproducing it here in the studio to see how/when and under what circumstances this happens.” Some players have also been reporting no changes made to fall damage, which was originally promised to be tweaked in the upcoming patches. We also hope to hear more on this soon.

Update 2: Gustav Halling has set up a thread on his personal blog where Battlefield 3 players can report post-patch bugs that we highly recommend you utilize if you happen to come across any. You can check out his blog here.

Lastly, we’ve still yet to hear any word of the Xbox 360 patch. Community Manager Ian Tornay has been rather busy on Twitter lately explaining why: “It was broken. We’re fixing it. Date ASAP.” Despite what many seem to suggest – that it is due to platform favoritism – DICE assures that it is simply a technical issue. We’ll be sure to inform our readers of any updates regarding the Xbox 360 patch to make sure to follow MP1st on Twitter and Facebook!

What are your thoughts on the current state of Battlefield 3 after the PS3 and PC patches? Love it? Hate it? Waiting for the Xbox 360 patch? Let us know your thoughts in the comments below!