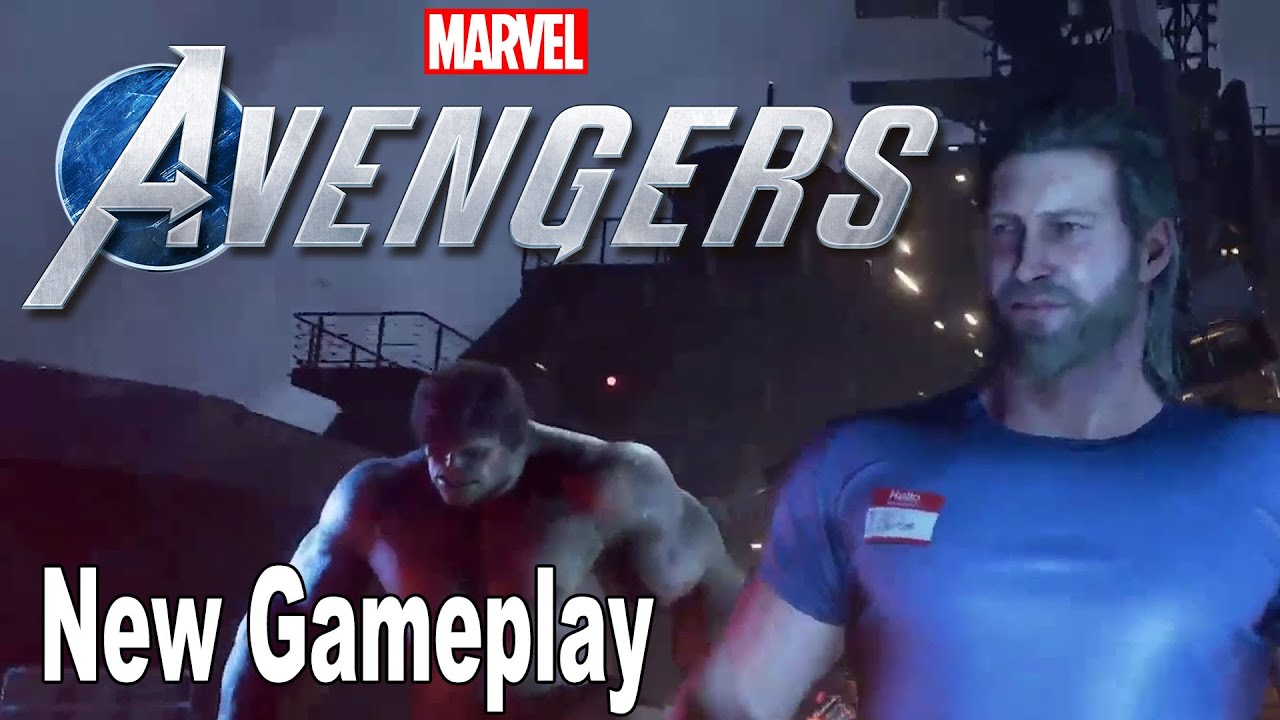 Down below you’ll find the full gameplay reveal for Thor, which shows off a number of his special abilities and combos.

Talk about exciting! Definitely looking better than it did the last year.

Marvel’s Avengers is an epic, third-person, action-adventure game that combines an original, cinematic story with single-player and co-operative gameplay*. Assemble into a team of up to four players online, master extraordinary abilities, customize a growing roster of Heroes, and defend the Earth from escalating threats.

Thor – Legend tells of the son of Odin, heir to the otherworldly throne of Asgard – he is the mighty Thor, the God of Thunder! He found a second home on earth among the Avengers and devoted himself to protecting his adopted home from evil. With his enchanted hammer Mjolnir, Thor vanquishes any foes who may threaten his allies. After the events of A-Day, he no longer feels worthy of Mjolnir and leaves it behind for a humble life serving the people of Earth.

Marvel’s Avengers is releasing on September 4 for the PlayStation 4, Xbox One, and PC. PlayStation 5 and Xbox One X owners will qualify for a free upgrade if they own either of the current-gen versions.