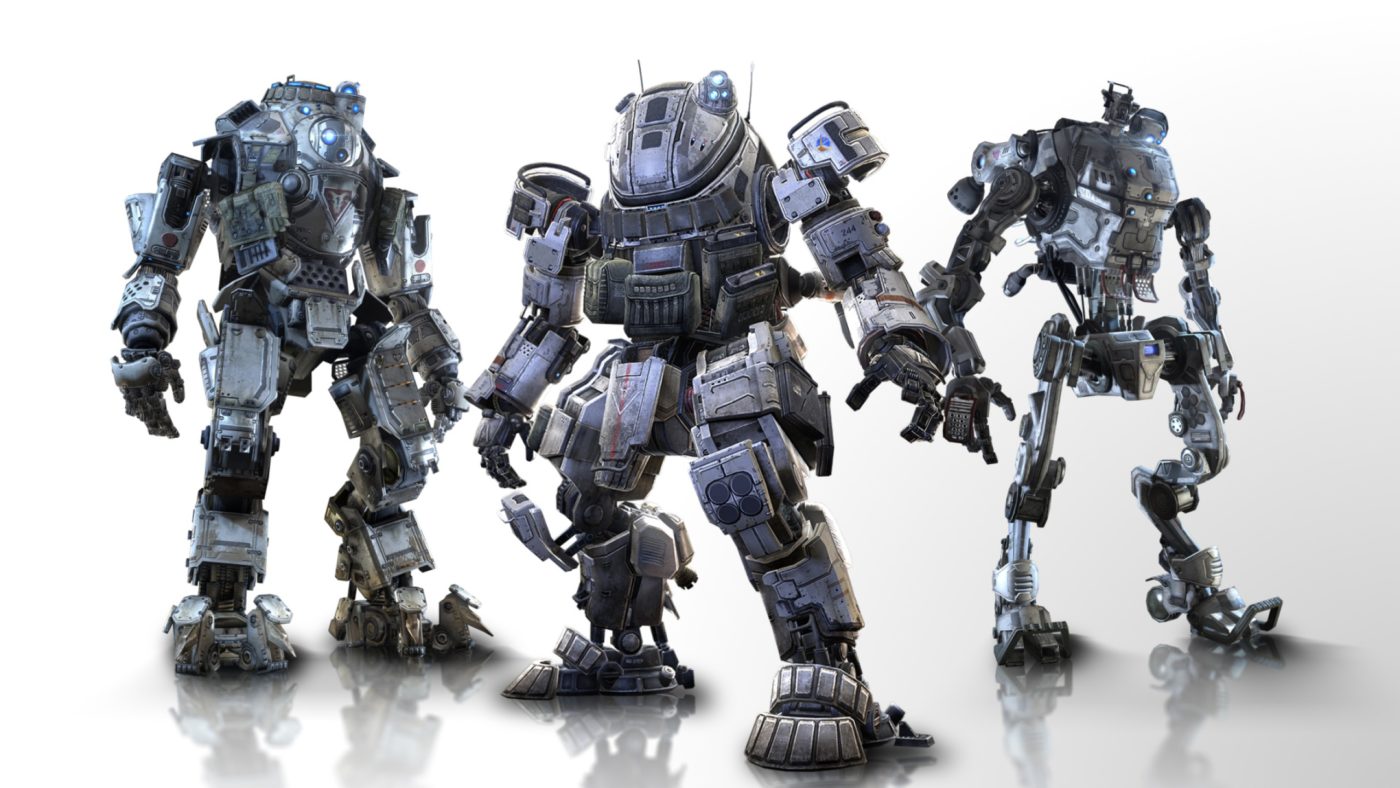 Earlier today, EA and Respawn Entertainment announced a Titanfall Season Pass that would offer three planned content packs for a one-time price of $24.99.

Thanks to Titanfall’s official GameStop page, we’ve learned a little more about the game’s future content, including price points and release time frames.

According to the page, each “Drop Pod” will cost $9.99 on its own. Drop Pod 1 will launch this Spring, Drop Pod 2 in the Summer, and Drop Pod 3 next Fall. 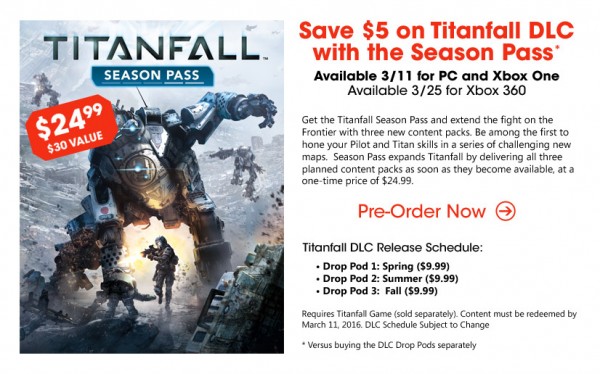 Titanfall launches March 11 on the PC and Xbox One and March 25 on the Xbox 360.

Thanks, Justin, for pointing the info out.