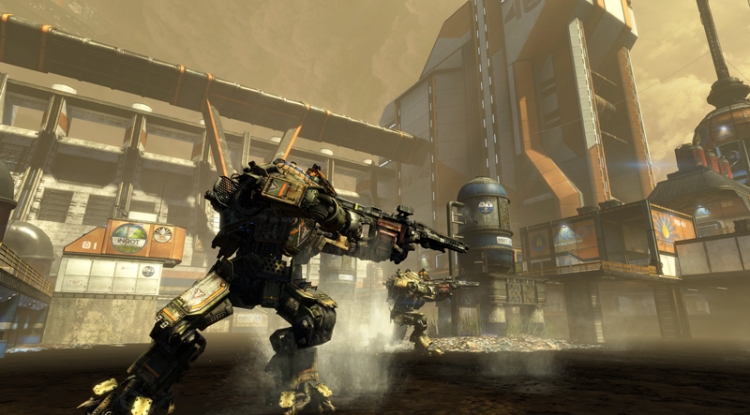 We got our first look at War Games a last week, a map inspired by Titanfall’s training module. Today, Developer Respawn Entertainment offers a look at Runoff.

Designer, Geoff Smith describes it as a “pretty fun level that plays very differently in each game mode.”

“Runoff was an experiment to try and make a small map but still allow Titans enough pathing options so that they don’t feel constrained or limited,” he explained.

“The core concept of the level is multiple layers of paths: concrete canals filled with water and trash below, and upper levels that are cleaner and more industrial. I thought the canals would be cool for Titans to fight in, with Pilots able to jump across them. I also set out to make more choke points in the level, something that is pretty hard to do in our game, at least for Pilots with their enhanced mobility.”

Check out the new screens below and be sure to read more about it here.

Unreal Tournament’s Future To Be Revealed On May 8