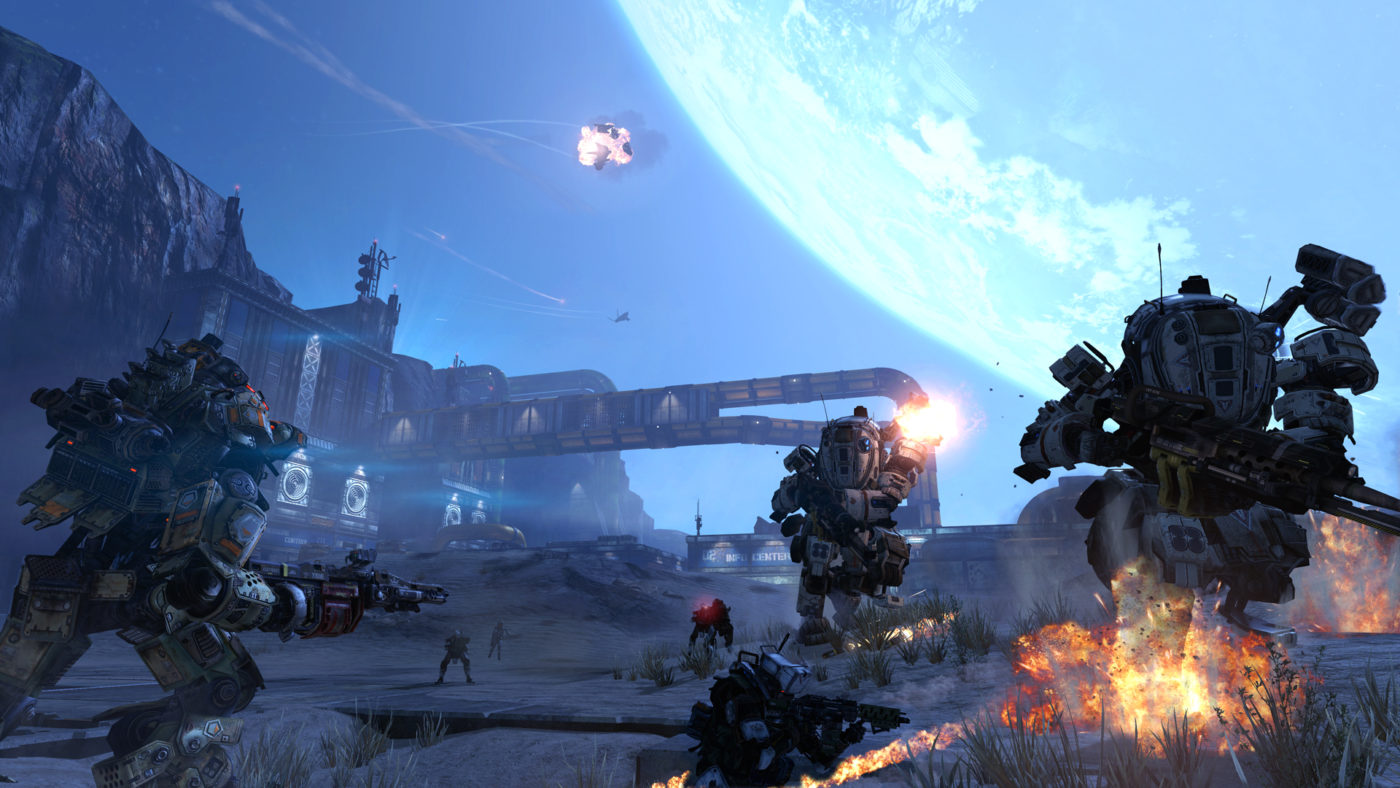 According to Respawn Entertainment’s Chris “Soupy” Dionne, Sand Trap his “attempt take some of [his] favorite lessons from Titanfall development along with some new ideas and put them together to make a brand new experience.”

“One of my main goals with Sand Trap was to use old ideas in new ways,” he adds. “In the center is a buried bunker inspired by the buried architecture in Fracture; this lets Titans stomp around above while pilots scurry below. Across the map are deep trenches that create a well-run highway for pilots; inspired by wall running in Rise they give quick and (relatively) safe routes across the map.”

Pilots may be able to take refuge in the trench network that offers cover from Titans battling in the dunes surrounding, but they’ll have to be weary of deadly drops into reservoirs or unrefined fuel.

You’ll be able to check out Sand Trap, along with IMC Rising’s two previously revealed maps, in an upcoming developer live stream that Respawn plans to hold on September 23 on their official Twitch channel.