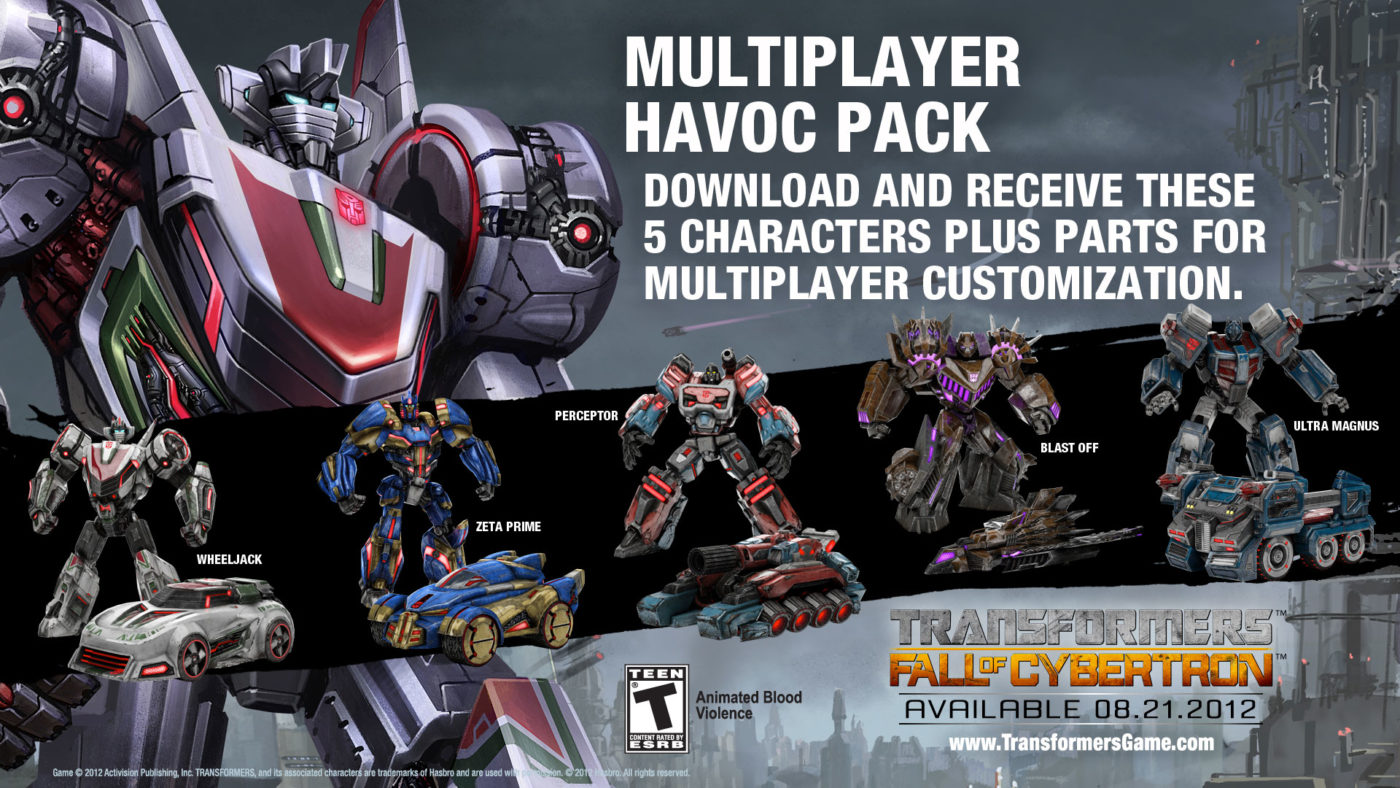 Featuring 5 playable multiplayer characters, including all of their parts is the brand new Havoc Pack. These new body parts can be interchanged within all the other Transformers sharing the same class. With this addition of 5 new Transformers and new body parts, it adds to the impossibly high number of possible combinations you can come up with. For those wondering, each part can be bought individually for those who only want certain parts from this pack.

This new Havoc Pack can be bought directly from each system’s marketplace, or from the character selection screen for 800 Microsoft Points, or $10 via PSN. Don’t worry, all purchased DLC will immediately be added for fast access to the multiplayer customization area. The 5 new Transformers include Wheeljack, Ultra Magnus, Perceptor, Zeta Prime and Blast Off.

Any loyal Transformers fan out there diving into Fall of Cybertron yet? Feel free to let us know your thoughts on the game or DLC itself in the comments below. If you haven’t yet, feel free to check out our own multiplayer review of Fall of Cybertron!

Hailing from beautiful Pittsburgh PA, Shawn has spent most of his 25 years playing video games. The original Killzone on PlayStation 2 captured his love for competitive multiplayer experiences and has thrived on that ever since. Now I live, breathe and eat multiplayer madness with the guys and gals of Lucky Strike.
News Fall of Cybertron, Featured, Havoc Pack, High Moon Studios, Transformers, Transformers: Fall of Cybertron
view related posts
HOT MULTIPLAYER GAMES
& UPCOMING RELEASES