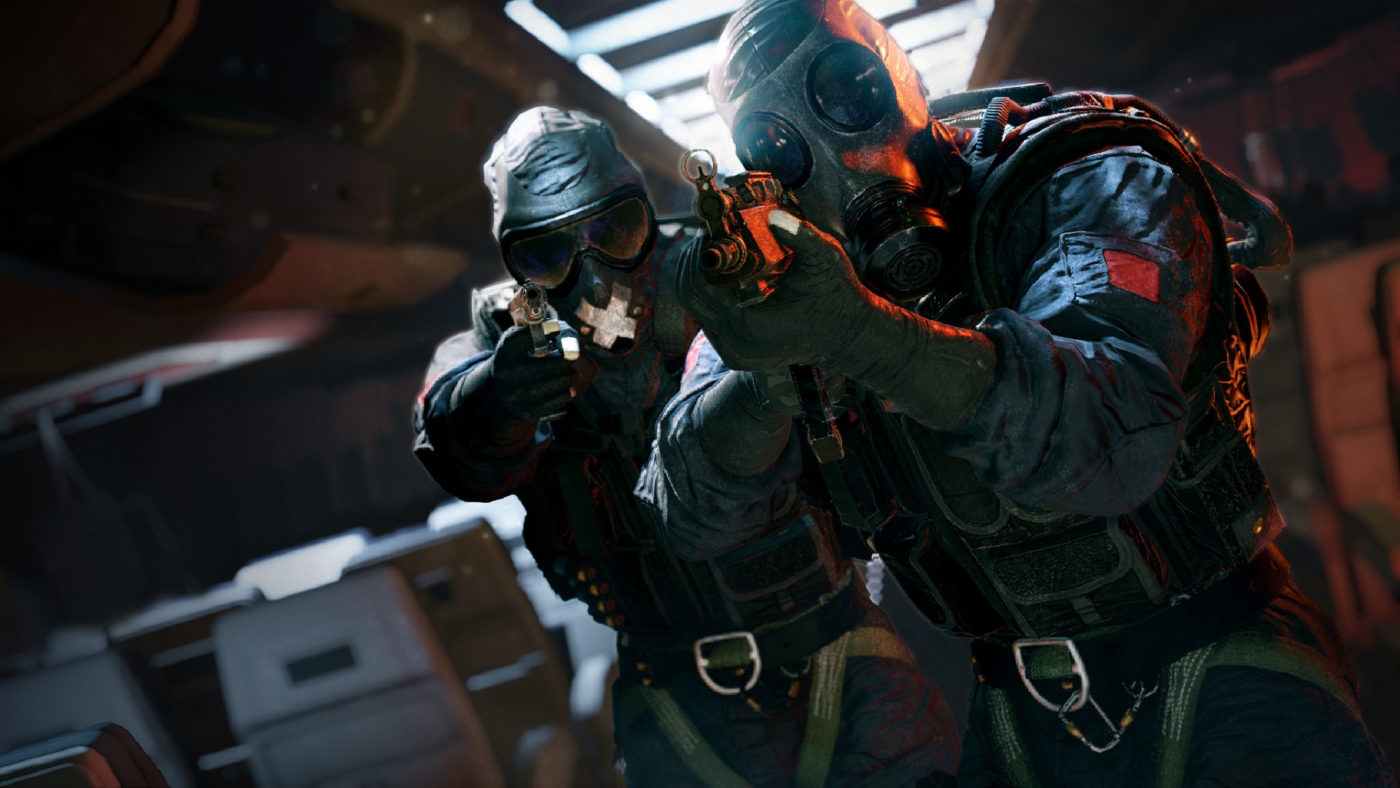 The last time we saw a Rainbow Six installment was in 2008, when Ubisoft launched the sequel to the critically acclaimed Rainbow Six: Vegas. With almost a decade of time to take the franchise in a new and invigorating direction, it looks that developer Ubisoft Montreal is bringing back the fan-favorite tactical shooter with some extra punch in its newest trailer, which you can view above.

With 20 Operators from 5 different Counter-Terrorist-Units from all over the world that you can choose from, Rainbow Six Siege is giving players more freedom to play how they want to, as each Operator has a “unique ability, which expands the potential for teamplay,” Says Creative Director Xavior Marquies in the behind the scenes video below. He goes on to say that once players choose an Operator, that operator is no longer available, “fostering communication” between teammates.

The studio detailed 10 of the most recently revealed Operators, 5 Attackers and 5 Defenders, in their latest blog, including a more versatile Recruit class that lacks any special abilities, but whose loadout can be better tweaked to tackle more specific situations.

“Sledge is the perfect Operator for the player who just wants to take care of business and doesn’t care if he or she makes some noise while doing it. Armed with a heavy-duty breaching hammer, Sledge is capable of destroying surfaces like walls, floors and barricades with speed and no small amount of force.”

“Like Sledge, Thermite doesn’t mind bringing the ruckus when it comes to getting a job done. His powerful thermite breach charges are capable of eating through the ultra-strong reinforced walls like they’re made of cotton candy.”

“Ash is perfect for players who favor distance over up-close-and-personal combat. She can fire a long-distance breach charge, making her a handy Operator to have if you are down to only a couple of teammates.”

“Armed with special EMP grenades, Thatcher can knock out all electronics in range for a short period of time. Use Thatcher to help your team get the upper hand against Defenders like Pulse, whose heartbeat monitor lets him track people through walls.”

“Surveillance is key Rainbow Six Siege, and with Twitch, your surveillance can do some damage. Twitch has a handy little drone that can deliver electric shocks, dealing minor damage and disabling traps. She’s the perfect Operator for people who like to look before they leap.”

“Once everyone has spent their wall reinforcements, they will look to Castle and his durable Kevlar barricades. These can be placed in windows and doorways and take about 12 melee hits to bring down (as opposed to the average barricade’s 3 hits). Sledge can knock it down in 2 hits with his hammer, but the noise he makes will be more than enough warning for the Defenders behind Castle’s walls.”

“Smoke is the silent killer. He can deploy and remotely detonate a chemical gas charge that deals damage to everyone in range of the smoke. Dropping a charge near a potential breach point ensures you’ve got an extra line of defense should Attackers make it through. Hit them with the gas and let the bullets fly.”

“We’ve all wondered what it would be like to be able to see through walls. With Pulse’s heartbeat monitor you can do just that. Track your opponents’ heartbeats and determine their locations to help your team prep for attack. As this is still the Alpha build, the dev team admits this device is currently a bit too strong and they are working on ways to adjust it. ‘We already know Pulse’s heartbeat monitor is a little over-powered, so that’s something we’re aware of and will be fixing,’ says Witts. ‘This is the time for us to look at it and ask, How is it over-powered? Is it because you’re allowed to use it for too long? Is it because of the range? What can we do to perfect it?'”

“Nobody wants to go into battle naked (or no one sane does, anyway). Rook ensures his teammates go into the fight with some extra armor that might mean the difference between living to finish the round and going out in the first 30 seconds. If you choose to play as Rook, I recommend dropping his box of armor in a central area during the prep phase so your team can start out the round with some extra protective covering.”

“Like Thatcher, Mute can knock out all electronics, but unlike Thatcher’s grenades, Mute operates a special jamming device that remains active until it’s destroyed. ‘Mute’s class is kind of a protector,’ says Witts. ‘He places his jammer in a certain spot and can protect that specific area from breach charges or drones. So if you go to breach a wall and try to remotely detonate your breach charge, his jammer might prevent you from doing that. You’ll either have to eliminate the jammer in that area or you can place a new breach charge somewhere else.'”

Lastly, Ubisoft also announced a Rainbow Six Siege collector’s edition called the Art of Siege Edition, which includes the game, a collector’s box, gold weapon skins for all guns in the game, and an exclusive 120-page Tactical Guide. It can be pre-ordered now on the Uplay Shop. 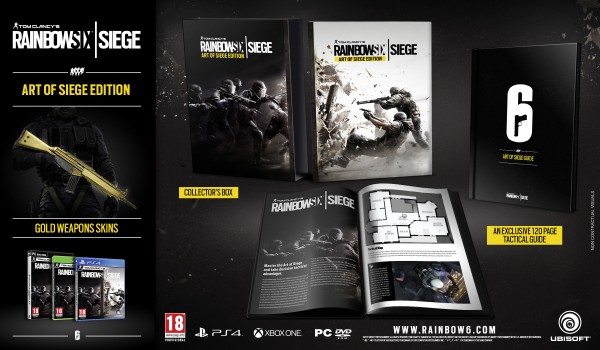 Anyone who pre-orders the game will gain access to Rainbow Six Siege’s Closed Beta, which will kick off later this year. Pre-ordering the game from the Uplay Shop will also score buyers an exclusive numbered steel book.

For more Rainbow Six Siege news, be sure to keep your sights right here on MP1st.